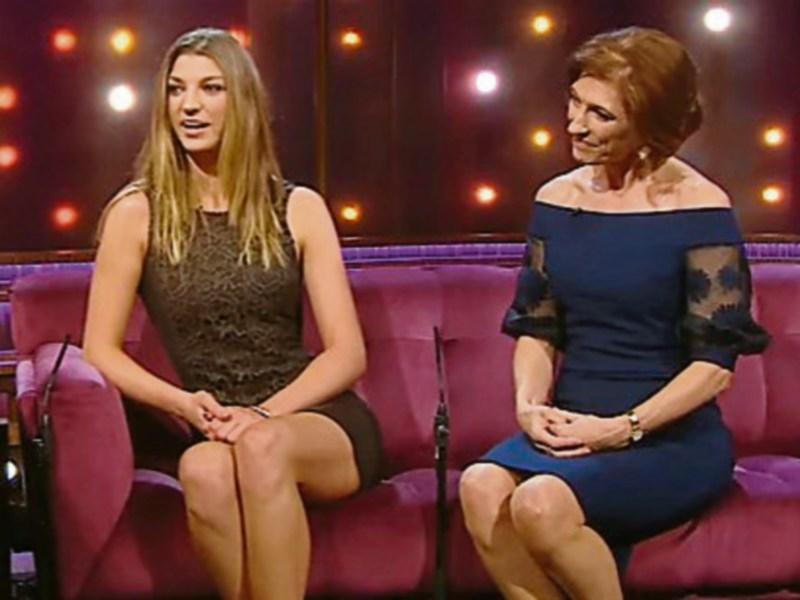 Alannah Beirne, 22, is following in her mother’s footsteps when it comes to the glamour stakes.

The 6-foot tall aspiring model is a finalist on this year’s Britain’s Next Top Model television show. It started airing last week on Lifetime TV, though the contestants are sworn to secrecy about how they fare. Alannah works in Dunleas of Kilcullen and is also a familiar face to locals from her time behind the bar at Grace’s of Naas.

Alannah’s mum, Brenda Hyland, won the Rose of Tralee title in 1986. The former ban-garda, originally from Cahir, even had a song called ‘Me and the Rose’ written about her by Kildare’s own Christy Moore. She married Gerry and the couple, who live in Eadestown, have four children.

Alannah told Ray that she even entered the Kildare Rose heats a couple of years ago, although she “didn’t get very far”. While mum Brenda stressed the importance of education as a fallback to a career in modelling during the interview, Alannah told the TV host that while she had experienced bullying earlier in her life, “it made me the person that I am today. I am strong because of it”.

You can watch the full intereview here.