The long-term value of cycling lanes 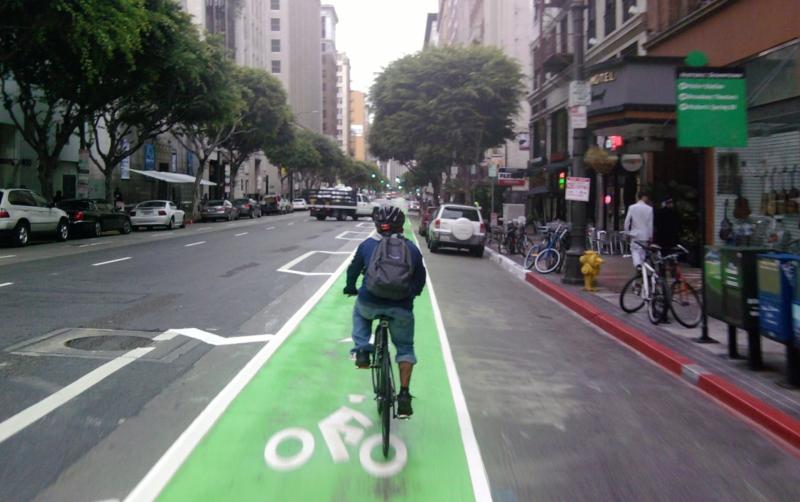 Unsurprisingly I was intrigued to discovered yet another piece of academic research on the benefits of cycling.

(Eagle eyed readers will recall a previous study I referenced on the Great Western Greenway a number of weeks ago.)

On this occasion, the study comes from Columbia University’s Mailman School of Public Health, which unlike the Bar Stool University of Ill-Informed, Lazy and Reactionary Thinking School of Public Policy is an actual and extremely well-regarded university.

Anyway, they set out to evaluate the cost-effectiveness of investments in bike lanes using the investment in them in 2015 in New York City as a case study.

And using what they learned, they used a number of models to figure out if further investment is
worthwhile.

They also tried to quantify what the value to society and economy is likely to be.

I could give you the boring science, which would only discourage the reactionary know-nothings from actually reading, so I’ll just give you the sexy conclusion.

“We conclude that investments in bicycle lanes come with an exceptionally good value because they simultaneously address multiple public health problems.

“Investments in bike lanes are more cost-effective than the majority of preventive approaches used today.”

The net societal benefit was estimated to be about $230 million.

“Unlike helmet laws, bike lanes do not require behavioral change on the part of the cyclist, and they come with other benefits,” says the study.

“For example, they ‘normalise’ exercise behaviors, reduce pollution and may help address the obesity epidemic in the USA.”

To evaluate the costs, the authors first determined that the 73.225 km of bike lane constructed in New York in 2015, at a cost of just over $8 million, increased the probability of riding a bike by around 9%.

And they used these figures to work out how cost effective more bike lanes would be in the future.

Savings on health spending were calculated by estimating the effects of increased physical activity, and better air quality of having less motorised vehicles on the roads.

However, their study came with a word of caution — worth bearing in mind for all those reasonable and sensible people out there fighting for better cycling
infrastructure.

“Bike lanes don’t get really effective unless you build enough of them.

“Any number of good, protected lanes is better than none of course, but the benefits to a city as a whole don’t kick in until you reach a critical mass.

“Only when there are enough lanes that people can ditch their cars and start commuting by bike do things really change for the better.”

If we combine all of, with the huge potential revenue from cycling tourism (€97 million per annum and counting), it is hard to escape the conclusion that not only is the development of cycling infrastructure a no-brainer, we are doing ourselves a grave disservice if we don’t pursue it with some
enthusiasm.