Part of ‘Hollywood in Éirinn' series 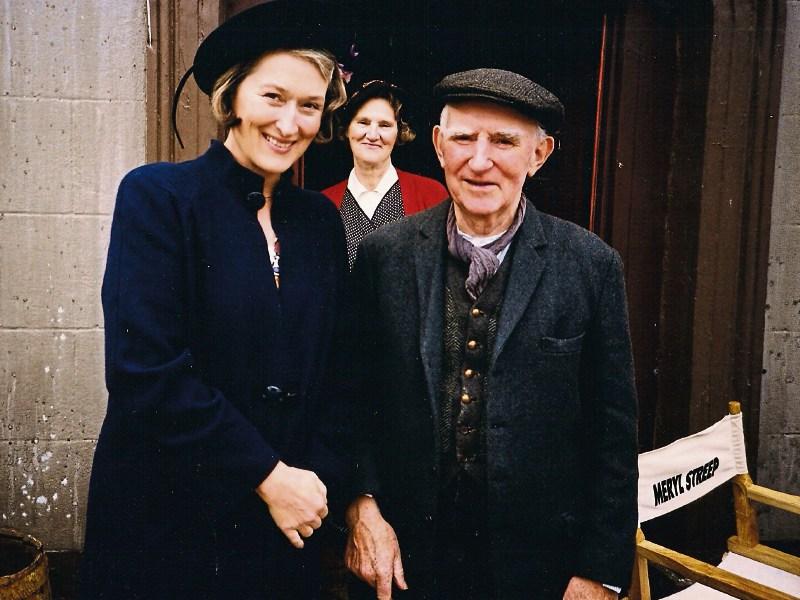 In the week of the Oscars awards in Hollywood in Los Angeles, the Hollywood just over the Wicklow border was featured in a special programme shown on TG4.

The programme was the latest in the series ‘Hollywood in Éirinn’ which looks at the impact on local communities when major international films were being shot in Ireland.

And this one was about the making of Dancing at Lughnasa back in 1998.

Starring Meryl Streep, much of this film was shot on location in Hollywood in west Wicklow.  The TG4 programme included striking footage of local landmarks like Tutty’s Pub and the Hollywood Inn as well as interviews with locals Theresa Nugent, Johnny O’Keeffe, Ita Roddy and Johnny Glennon.

The first half of the programme is dominated by Hollywood and it also highlights the iconic photograph of film star Meryl Streep taken at the time with local publican, the late Jim Tutty.

Hollywood people still recall this as an occasion when two Hollywood greats - one global, the other local – were photographed together.

The programme can still be viewed on the TG4 Player here.