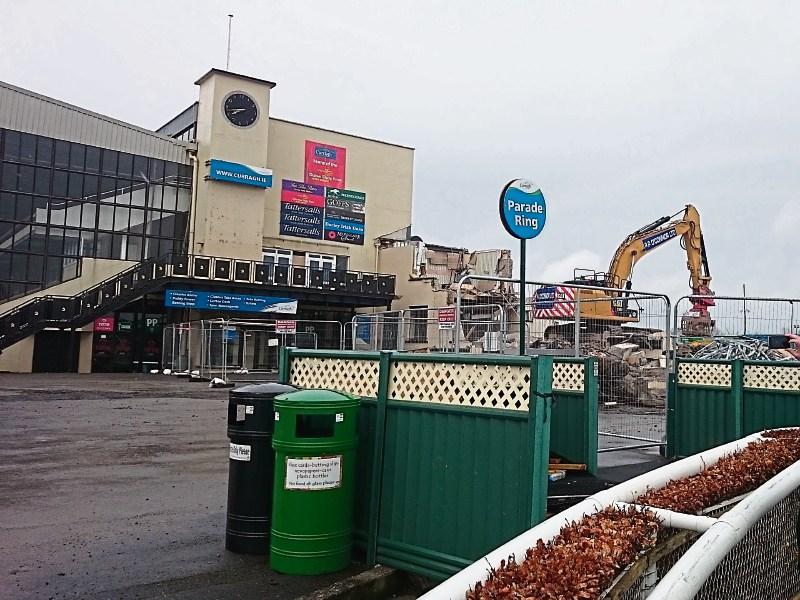 The old weigh rooms being demolished yesterday at the Curragh Racecourse

A giant mechanical claw is to be brought in to Kildare next week to dismantle the iconic Curragh Racecourse grandstand.

This is a significant step in the €65m redevelopment of the facility, as this local landmark enjoys the last of its days before it disappears from the plains.

The machine will be positioned at the back of the stand, and its arm will reach up over the roof to pull it down like pincer.

At a media briefing yesterday, CEO Derek McGrath, and Curragh Racecourse Ltd Chairman, Padraig McManus told reporters the project was on schedule to be completed by Christmas 2018 in time for racing in March 2019.

Reduced to an attendance capacity of 6,000 per race meeting, during the two year project (due to council planning stipulations), Mr McGrath said this was an ambitious project.

Questioned if that 6,000 capacity applied to Derby Day, Mr McGrath said it did, but the Dubai Duty Free marquee would be allowed to be located on the inside of the track in its usual location.

Mr McManus acknowledged some people had questioned the decision to keep the track open during the build. He said everyone involved had debated the issue, and not everyone supported the stance taken. However, he said on balance, the Curragh managed to keep the big races, keep the project on track and hopefully cater for the racing fans.

“The new drive started two years ago, now its getting to the stage where we see work being done and there is a great buzz,” said Mr McManus.

He said the racecourse staff feel they have a fantastic design to offer a new experience for racegoers at an iconic location in Kildare.

The new museum, which will be part of a visitor centre, will host tours of the facility. The centre will be open during the week along with a neighbouring bistro and playground. It's hoped to link in with Kildare Village, Goffs, the Irish National Stud and Fáilte Ireland to offer equine themed tours.

Work on the first stable yard area is expected to be finished by May, with the contractors then moving on to the remaining stable blocks. Four or five contractors will be working side by side on site including Purcell Construction and Murphy International bringing jobs for over 300 construction workers in total. A main contractor is due to be appointed by the summer.

Temporary racing facilities will be put in place for the upcoming season. A new temporary covered grandstand (1,500 capacity) will be errected in front of the current grandstand, five metres from the track.

Hoarding will screen the building site, and marquees will house betting, restaurant and hospitality facilities. By the start of the 2018 racing season, the new parade ring will come into use, as will the reconstructed Queen's Room. The public hall marquee will be able to hold 800 people.

When asked if racegoers will feel like they are on a building site when they go racing at the Curragh, Mr McManus said he was very confident they would not.

Mr McGrath said tickets for the race meetings were available online and were already selling well. 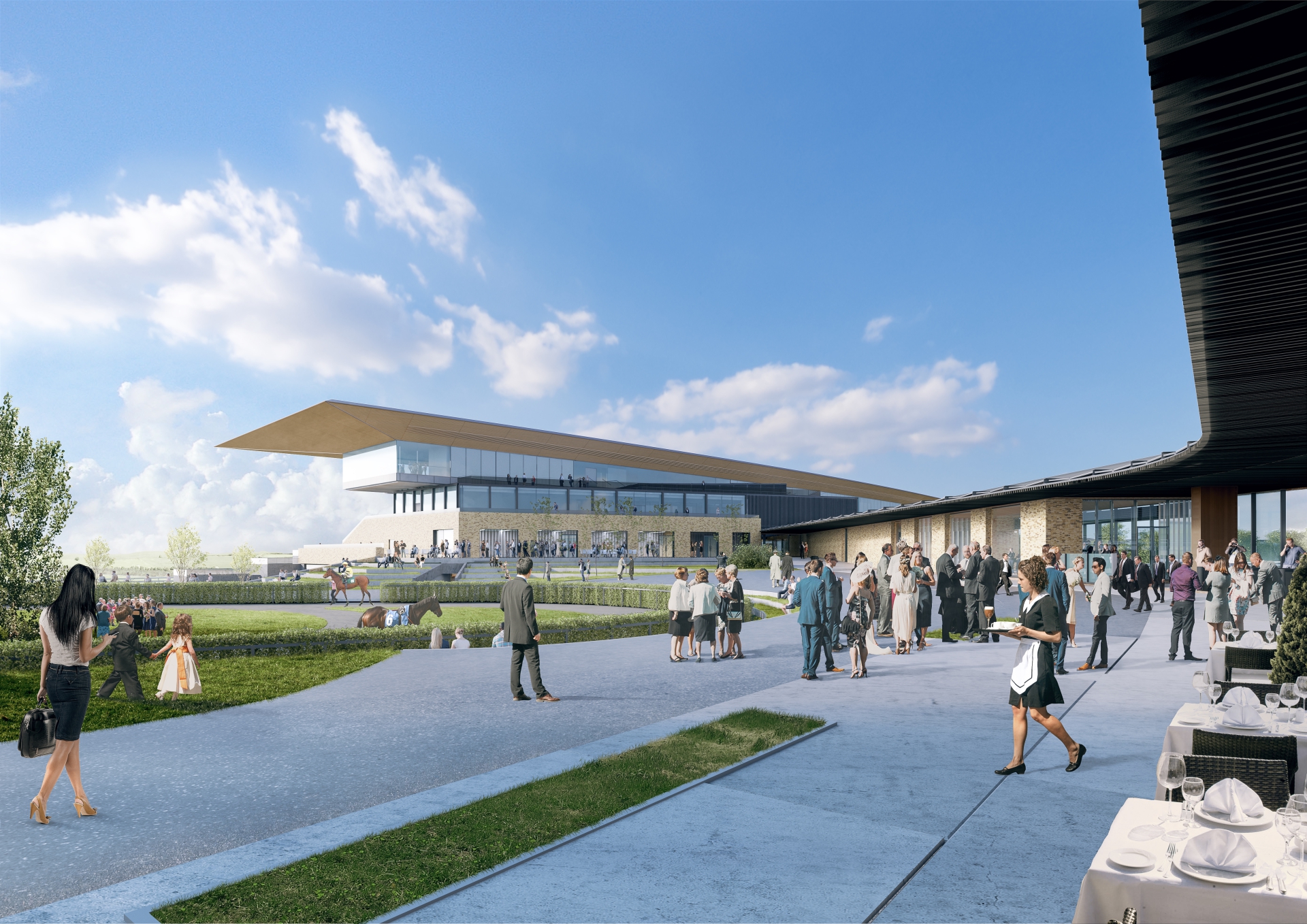 An artists impression of what the new facility will look like