Is this the end of car culture? 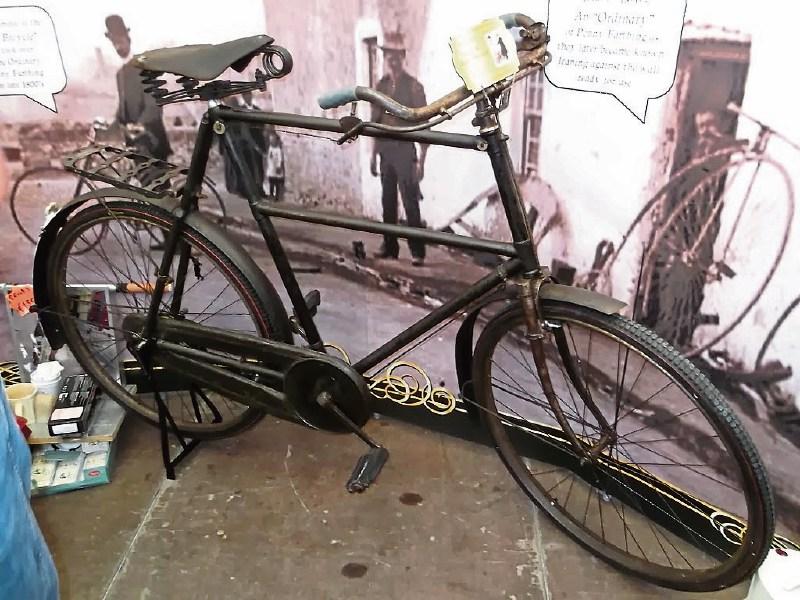 When he was alive, Thomas McHugh, who was born in 1905 and was my grandfather, told me stories of going to football matches as far away as Arklow on a bicycle.

I don't know what route he took, but if you go via the M50 (which wasn't there in his day) it's about 70 miles each way.

Cycling 15 or 20 miles on heavy low-tech bicycles was a routine affair for that generation.

My impression of his various adventures indicate that people of that time — and for many years afterwards — tended to travel what we would regard as vast distances either on foot or on a bicycle.

Speaking of his adventures, he was involved in the War of Independence, and anybody who reads any of the accounts of that revolutionary period cannot avoid being struck by the fact that the humble bicycle was as integral a part of the fight for Irish freedom as the rifle.

The Americans had the cavalry, the Germans had the Panzer tank, but the Irish had the High Nelly.

One of the most iconic photographs of Michael Collins is of him with his bicycle. DeValera also had a bicycle we are assured by learned historians (he said, doffing his cap to both traditions and learned historians).

Whatever about their political disagreements, at least they agreed on the
bicycle.

Since then, things have changed, and changed again.

As ‘motor cars’ (as they were called, to differentiate from horse-drawn ones) became more popular and available, the fellow with the bicycle was considered to be either a relic, a lunatic or poverty stricken.

As the bicycle had done so before, the car changed society, offering the freedom to go wherever you wanted, whenever you wanted in great ease and at great speed.

But things have changed once again in the past decade and a half. The car is now so ubiquitous and our roads are so busy, that the freedom offered by the car is now on the wane.

To many, especially those living in urban areas, or those with long commutes, the car is no longer about freedom. It’s a prison, a thing you must spend two or three hours of your day in, going neither far nor fast.

I occasionally review cars for this newspaper. A few weeks ago I drove four of them on the one day and at no point could I adjudicate on or even explore the true capabilities of any of them, except to note that they were all very comfortable places to sit while waiting for the lights to go green.

For that, and a variety of other reasons, all across the world, particularly in the most urbanised countries, people are falling out of love with the car. Car culture is in decline.

Many have come, once again, to consider the convenience of the bicycle. At certain times of the day, the times when we are all on the move and we all want to make the most progress, the easiest and fastest way is most obviously on a bike.

On the other end of the spectrum, leisure cycling has become a hugely popular pastime, driven by the Cycle to Work Scheme and the high quality of the latest mass produced bicycles.

Every weekend, thousands of us are out on the back roads, in all weathers, suffering through large mileage in an attempt to undo the damage that sitting on their backsides and eating processed food for the previous five days has done.

My grandfather’s generation might probably think this was crazy. They had fewer of the comforts we take for granted, but by the same token were not as affected by many of the ailments that plague us now.

In the absence of computers which run climate-controlled automatic cars with featherweight powersteering, they took far more exercise and generally had much better fitness and health.

It’s interesting how, after a 100 year flirtation and love affair with the car, we yearn to return to the supposedly simpler ways of our forefathers.

As I consider the recent controversies that have dogged proposals to install cycling lanes all over this county, it occurs to me that we still have a lot to learn from the people who founded our country.