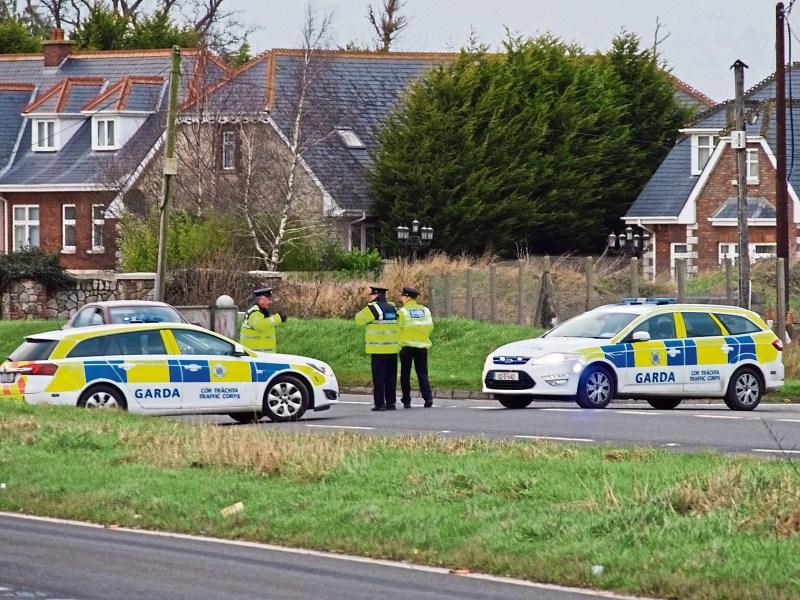 The Newbridge road was one of several closed off.

The three suspect improvised explosive devices which were found near the Bundle of Sticks roundabout yesterday evening were found in a stolen BMW X5 vehicle which had been been recovered by Gardai earlier in the week.

A source has revealed that the SUV was stolen from a house in Dunshaughlin in recent weeks and recovered by Gardai in Celbridge in the past few days.

However it was only when Garda crime scene investigators went to examine the vehicle yesterday that they discovered the explosive devices.

The car had been towed to Autofleet, which is the local Garda pound where cars seized under a variety of circumstances, such as having no tax or insurance are usually towed to.

Gardai immediately blocked off the entrance to the M7 and the Newbridge road and the Army Explosive Ordinance Disposal Unit was called to the scene, arriving around 4.15pm.

The area was declared safe at 9.30pm last evening and traffic restrictions were lifted.

According to a Garda spokesperson, the devices have been removed by the army for further investigation and inquiries into the incident are ongoing.

According to a Defence Forces statement tonight: "The devices have now been removed to a secure military installation for further examination. Material of an evidential nature will be handed over to An Garda Síochána."