Swan's and Goulding's in Naas 'could close' if parking spaces go 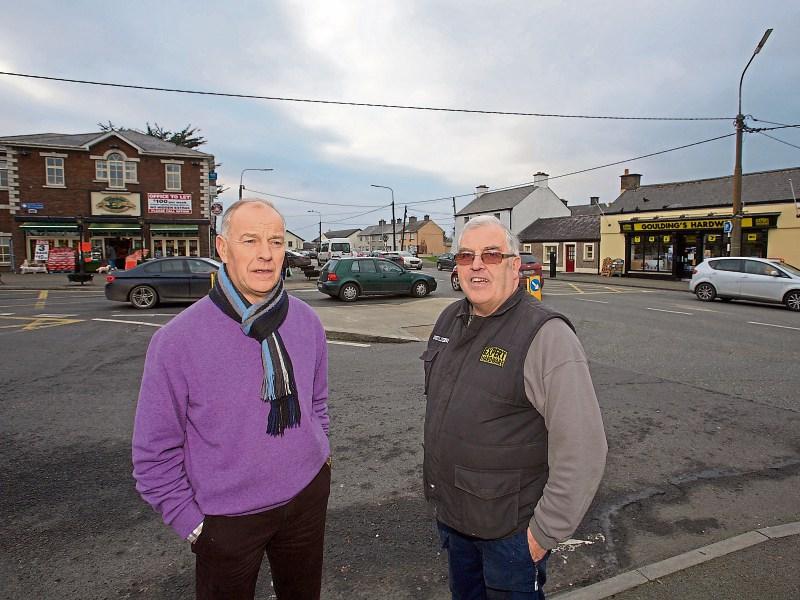 Two of Naas’s long standing retailers say they could be forced out of business if plans to do away with parking spaces go ahead.

Under a proposal by the National Transport Authority two thirds of the parking spaces on the Kilcullen Road will be removed to make way for a cycle path.

The area affected is between Goulding’s Hardware towards the Maxol Station on Kilcullen Road and on the opposite side of the road outside Swan’s on the Green, the deli and fruit and vegetable retailer.

Some 1,400 people signed a petition of opposition.

If the plan goes ahead there will be a loss of two thirds of the car park spaces in that area — a reduction from 33 to 11.

This follows a similar plan to do away with spaces at Poplar Square and a “census” conducted by Naas councillor Seamie Moore which indicated that the town has already lost 75% of town centre spaces.

Swan’s proprietor Larry Swan said he has no objection to cycle lanes but the move will “decimate our business.”

Mr Swan added: “The crux of the matter is that 95% of our business is car driven,” stating that his turnover will be halved immediately.

Swan’s has been in business since 1985 and it opens 13 hours a day for seven days a week.

Pat Goulding has been in business for 36 years and says the cycle lanes in existence already around Naas are not being used.

“If people have to walk 150 yards carrying two buckets of paint they won’t do it, that’s the bottom line. Customers are much more likely go to other stores instead where parking is available.” Mr Goulding also questioned where the demand for change is coming from. “They say there is a demand for cycle lanes. People living in the town are not telling us this is needed.”