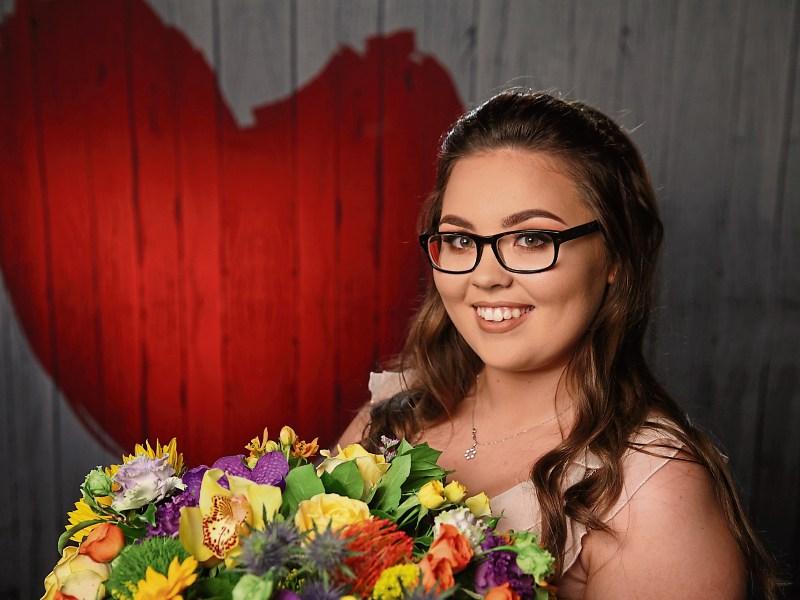 Lauren Dempsey from Athy captured the hearts of the nation last Thursday night when her first date was shown on television.

Lauren (19) who has cystic fibrosis, went on her first ever date, which was filmed for the popular RTÉ television show First Dates.

She was paired with Paddy from Meath, who was also on his first ever date and they hit it off nicely — even making it to a second date at the Zoo.

“I was very nervous,” said Lauren, from Whitecastle Lawns, whose parents Joe and Elaine accompanied her up to Dublin and waited for her nearby.

“It was my first ever date but sometimes you just have to bite the bullet. It was filmed last August so a few of my friends came over to our house in Athy last night (Thursday) to watch it. I was so happy with how it was filmed.”

The filming took place at 2pm so the pair did not get to go on out afterwards.

“Our filming time was 2pm in the day but everyone is different. My parents were waiting for me so we didn't head out after the show.”

While sparks flew on the date and a second meeting ensued the pair have decided not to pursue a romance.

“We are staying friends and we text all the time,” she added.

“I'm in Carlow IT and I live in Athy and he is up in Dublin at DIT but we are still having great craic. After we agreed to go on our second date I ended up in hospital, so when we finally got around to it, some time had passed since the show. But Paddy is so easy going and we just get on so well.”

Lauren who is studying Media and PR in Carlow I,T would advise all singletons out there to apply for the show. “I can't recommend it highly enough. Even if you're on your first date or your 100th it is just such a cool experience and unlike any other. Bite the bullet and go for it.”