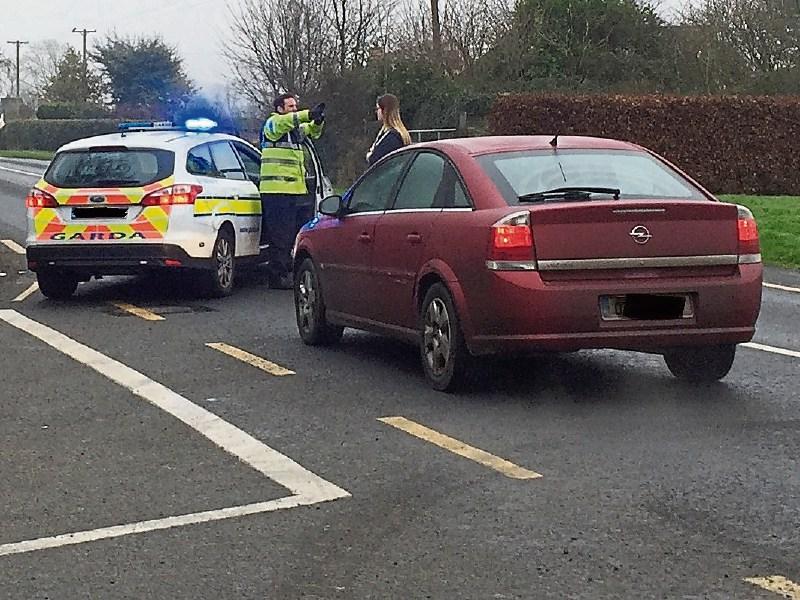 A garda giving directions to a motorist on Monday morning at Derrinturn, while the road was still closed

A Killina man is in critical condition in hospital following a single vehicle road traffic collision on Sunday night near his home.

The man, named locally as Raymond Morris, was driving his 4x4 jeep at approximately 10.10pm on Sunday night, January 22.

His vehicle collided with a wall near the entrance to Carbury Hot Rod track.

Mr Morris, who is in his early 60s, was taken to hospital where his condition is described as ‘critical’.

Local sources revealed that his mother's 89th birthday was celebrated with a family gathering on Sunday.

It is understood Mr Morris, who is from Killina originally, used to work at the briquette factory in Lullymore when he was younger.

The road was closed to traffic from Sunday night until some time after noon yesterday, as forensic Gardai examined the scene.

Road blocks were set up near Killina school at one end and at the Killina end of Derrinturn, with Gardai on duty directing commuter traffic onto a series of sideroads.