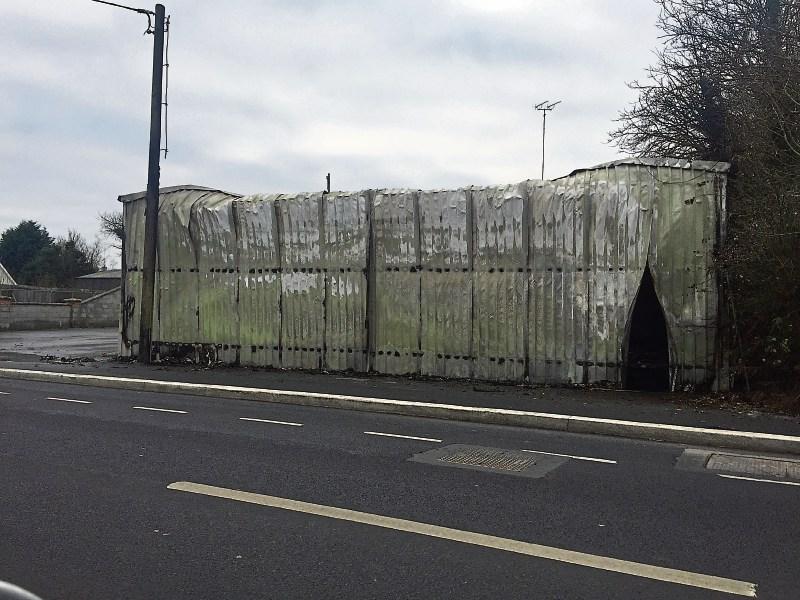 The burnt out shell of the former Prosperous gym.

The community in Prosperous has responded to the burning down of a popular fitness gym with a fundraising appeal to get the proprietor up and running again.

The appeal, which has already raised almost €4,000 at the time of writing, follows a fire that began in the early hours of Wednesday morning, January 18.

Gardai are investigating the incident which destroyed the gym located at Main Street Prosperous at the site of the old McCarthy's Hardware on the Main Street.

“The very next morning the GAA club (Caragh) rang me and offered me the use of their facilities.

“And I’m back up and running next Monday morning at 10am.”

Mr Murphy admitted that he was a little embarrassed by the fundraising appeal. “I’m a private sort of guy,” he admitted.

But he says he has been told in no uncertain terms, that the effort is “for the community of Prosperous”.

Mr Murphy runs up to 20 classes a week, catering for between 25 to 40 people per class.

“The night before it was burnt down, we had 24 women in training. There’s a huge amount of community support here. It’s not for you, they’re telling me. It’s (the appeal) for the community.

“We had so many people coming in - the footballers, women’s groups, a lot of juniors.

“The adult classes were more like a social classes. People came for the fun, and left with a smile in their faces.”

Mark Carroll, who set up a GoFundMe appeal explained that “Vinny’s club is gone. He has no facilities - he’s going to rely on the good nature of the club members.

“We’re going to get him back up and running, get some sense of normality, and then look at the bigger picture,” he told the Leinster Leader.

“The kickboxing community and local community in Prosperous are fantastic. Vinny is an intrical part of Prosperous - he gets involved in lots of things.

“He doesn’t like to see kids who are mistreated. His classes are not about kickboxing, they’re about learning respect. He’s not in there trying to drill technique into the kids. He’s drilling a code into them.

Allenwood man Mr Carroll, whose son Niall trains at the gym and a holder of numerous world championship titles said his son was a product of Vinny’s efforts.

“He knows it’s about the kind of person who you are.”

As regards the funding appeal, he was delighted with the response, and said he had “as much respect for the guys throwing in a fiver as the fella throwing in €200”.

It’s only one of a number of efforts being considered to raise funds to get the gym back up- and running.