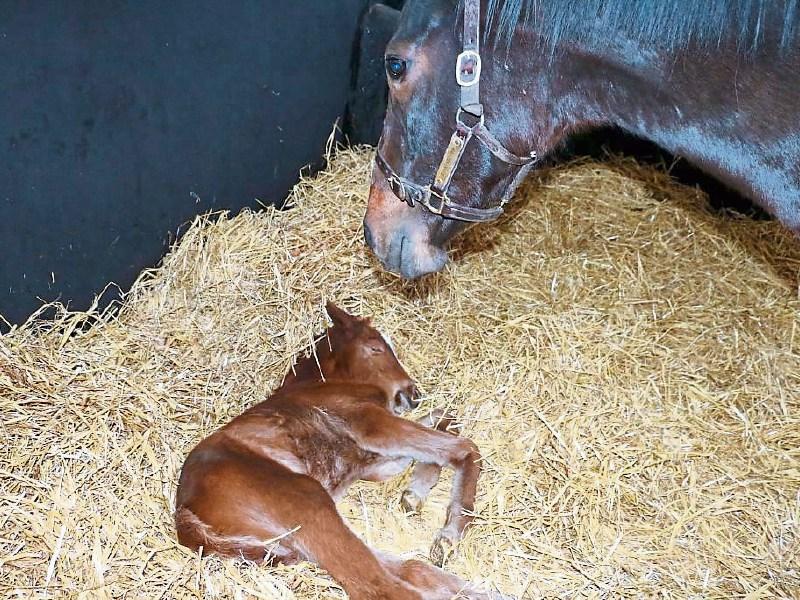 The National Stud celebrated the birth of their first foal of 2017 called Joy on Tuesday who was born in the same box as racing legend Hurricane Fly.

The National Stud put up a video online of the mare and her new foal who was born at 8pm on January 17 last.

The new foal, who weighs around 50kg, is owned by Simmonstown Stud. The striking chestnut filly by Flemensfirth is the second foal for Simonsoeur who is a half sister to multiple Grade 1 winner Simonsig.

Despite her arrival to the world two days earlier than expected, both are doing very well.

Her mother was described by one staff member as being 'very tentative' to her newborn.

The young filly was born in the same box as the legendary Hurricane Fly, one of the stud's most famous residents.

According to the Stud  they say that they are expecting up to  270 foals to be born this year.

Four-time World Series Hurdle winner Quevega  is also due to give birth early next month.

The Irish National Stud will re-open for the season on Monday 30 January next.