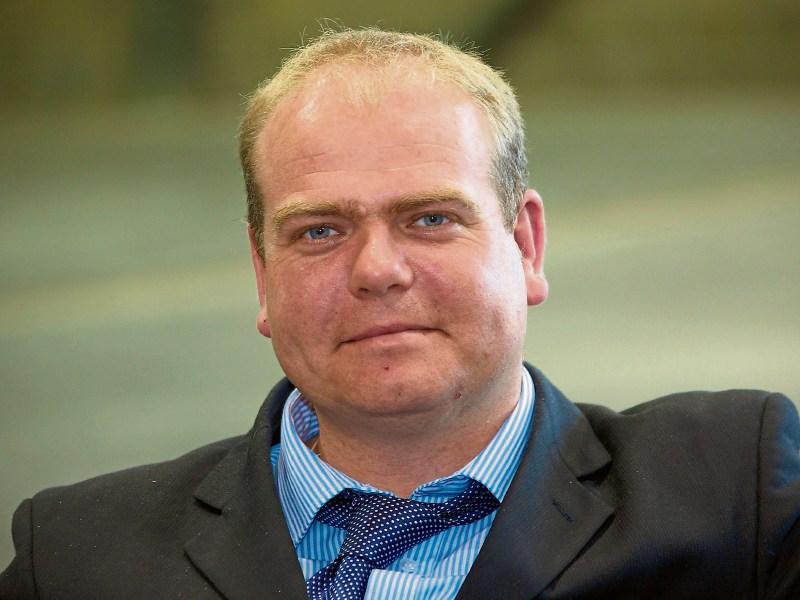 A local county councillor has condemned  an erection on a bridge in Kildangan as “dangerous and totally irresponsible”, and has wondered, “whoever thought it was safe?”

Cllr Thomas Redmond (SF) has  called for a safety audit to be carried out and a timeline for the removal of the erection —  a pole — from the bridge.

He also wants to see traffic lights on the bridge and some facility for pedestrians to get over and back safely. 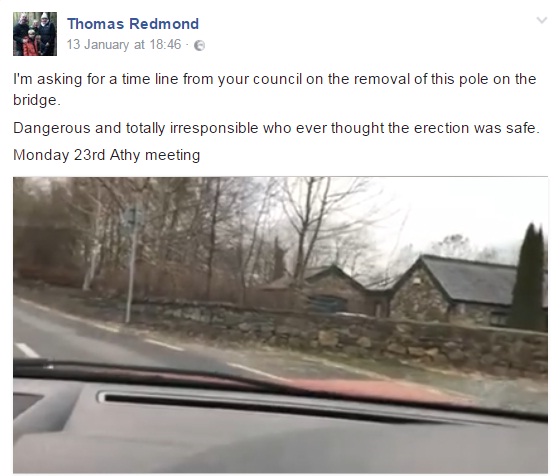 In a video posted recently on his Facebook page, he explained that the Council has blamed the delay on Eir removing a pole which is on the bridge.

He said that he hoped that 2017 would see the pole removed and he welcomed submissions made to An Bord Pleanala about it.