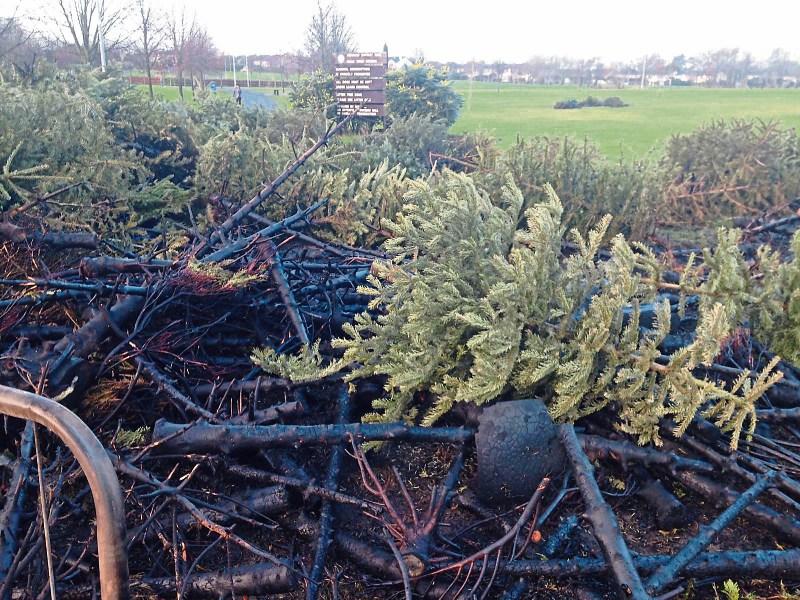 The scene at the entrance to Monread Park

Firemen based in Naas were summoned to Monread Park in Naas last weekend to extinguish fires started when Christmas trees went ablaze.

There was no immediate confirmation that the fires were started deliberately, but the fact that the blazes occurred more than once tends to suggest they may not have been accidental.

The Leader understands that the firefighters attached to the Naas station attended the scene, at the entrance to the park, on three occasions — once on Saturday soon after 6pm and twice again on Sunday (January 8) between 6 and 8pm.

The trees were left for recycling. Monread Park is one of a number of collection points made available around the county by Kildare County Council for people to leave Christmas trees — where the vendors won’t take them back.

The trees are then shredded and eventually used as compost or landscaping material. The collection sites are open until January 20.

A Monread resident told the Leader she saw the firemen at the scene.

“I saw the fire brigade there on Sunday and on Saturday. The trees are left at the entrance to the park beside the car park,” the resident said.

She added: “You could see a load of sparks coming off the trees and they were probably dry because the weather has been relatively dry.

“People were worried that the sparks might drift or be blown to houses in the area, particularly those nearest the entrance to the park. It’s not the first time it happened.”