IN THIS WEEK'S LEINSTER LEADER 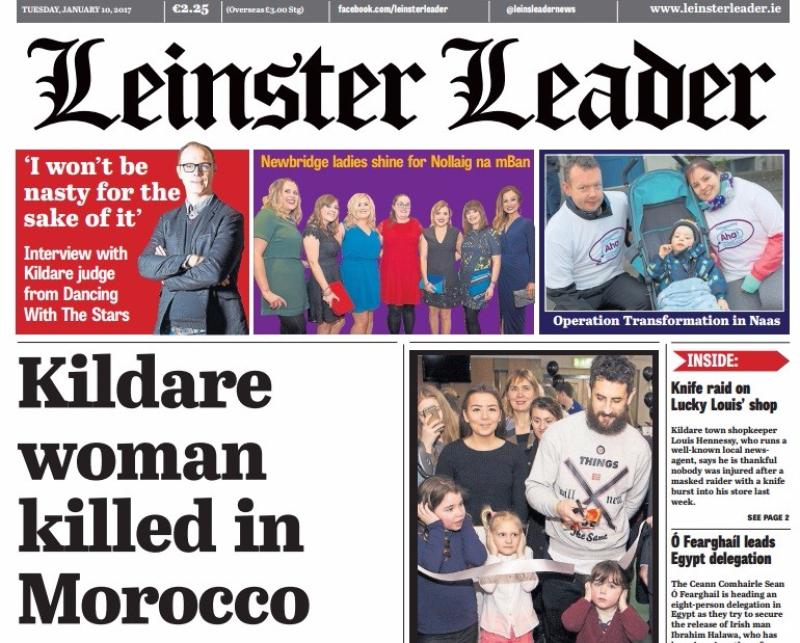 Shock in Sallins as local woman killed on Morocco.

We talk to Kildare judge Brian Redmond about his turn on RTE's 'Dancing With The Stars'.

Photo specials from Paul Galvin's launch of the Osprey Gym and Naas Races meeting on Saturday and the 13th annual Nollaig na mBan celebrations in Newbridge.

Plus the most comprehensive community notes, courts coverage and towns pages in the county.

Plus, Robert Mulhern remembers some big nights in the Five Lamps in the 90s.

In Leader Sport, test your knowledge in the big GAA quiz of the year and win tickets to Kildare v Cork on February 12. Plus, enforced hurling squad changes, big win for Newbridge rugby and Kildare's six-point win over Longford.

In this week's Leinster Leader - out now.