For six months or more 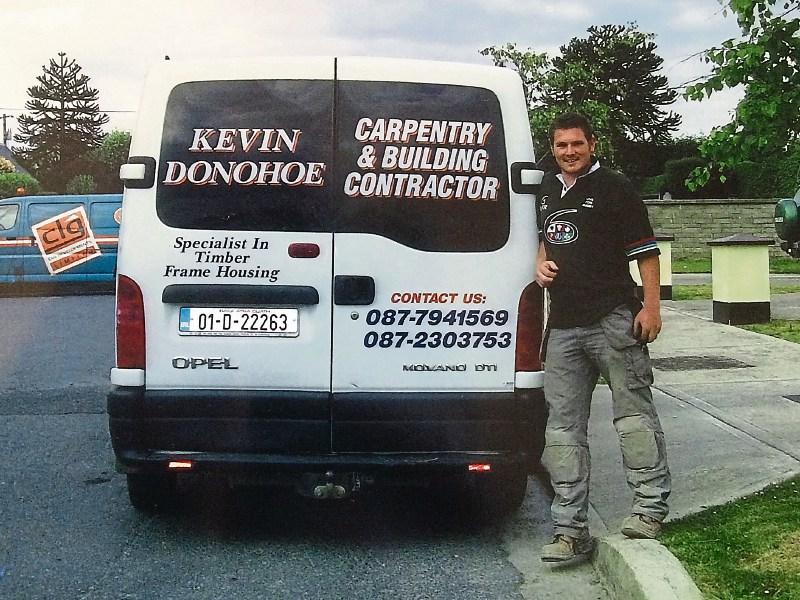 A Kildare town emigrant who is now based in Florida is seeking 40 skilled carpenters to join his firm for six months or more with potential earnings of $1,000 to $1,200 per week.

Kevin Donohoe originally from Bishopsland is the current vice presdent of FCS Construction in Jacksonville in Florida.

Together with his wife Diane from Monasterevin the couple first emigrated in 2008 for Dubai and then Canada, finally settling in Florida. However before he emigrated Kevin ran his own carpentry firm.

“My role is to source reliable staff, train them to the large contractor systems and help grow the company,” explained Kevin, who hit the headlines in this paper a year ago when his video plea to help the homeless in Ireland went viral.

“In less than a year we doubled our booked work and currently have 100 million dollars of projects underway. Our biggest challenge however was our framing contractors, they proved to be very unreliable and the quality issues hurt our schedule due to time lost on go backs.It was this reason I decided to look at other options and as my time as a carpenter back home gave me very good perspective.”

According to Kevin most of the timber frame construction in the US is done on site in scorching temperatures.

“In Ireland we were making the wall panels in a controlled environment and shipping them to site and standing the walls with a crane.

“It was what I cut my teeth on so I decided to try that and see what would happen. It became clear very quickly that this was a much better way to execute the project, waste material was down.

“We were beating our schedules by two weeks and the quality was up. The clients feed back was great. But we still had unskilled labor.”

Kevin explained that he had been 'wrecking his brain' about it when an idea struck him to try and recruit lads from home for the job.

“Well I thought if I had my own crew that used to work with me back home I could knock this out much faster so then the light bulb moment happened and I set about researching how to get good management in to train our local staff .

“I posted on my personal facebook page and we had a really good response, so right now we are trying to hire up to 40 experienced Carpenters that want to relocate to the south east USA for 6 month or more. We provide the visa and flights, accommodation for the first month so the people can get settled and the salary is between 1000 to 1200 dollars take home a week.”

Its exciting times for Kevin at the moment as the couple have just had their third baby ten weeks ago.

“My wife Diana has her hands full there with Max 10 weeks old, Grace eight and Kevin Jr six in school.

“We definitely believe the American dream is alive and kicking in Florida. Anyone who knows me know one of my favorite sayings is “ The harder I work the luckier I get” and I honestly think America gives you the opportunity to succeed. We still Miss Ireland but Jacksonville is home.

“Now we are looking for skilled tradesmen to help us train our local labor source. Our clients are excited about the move and have encouraged other general contractors to meet with us and discuss options for them to use or framing division.”

If anyone is interested in relocating to south east Florida as a Skilled tradesman/Carpenter and taking a shot at the American dream, please reach out to Kevin at careers@fcsgc.net , Check out Kevin at his company at www.fcsgc.net