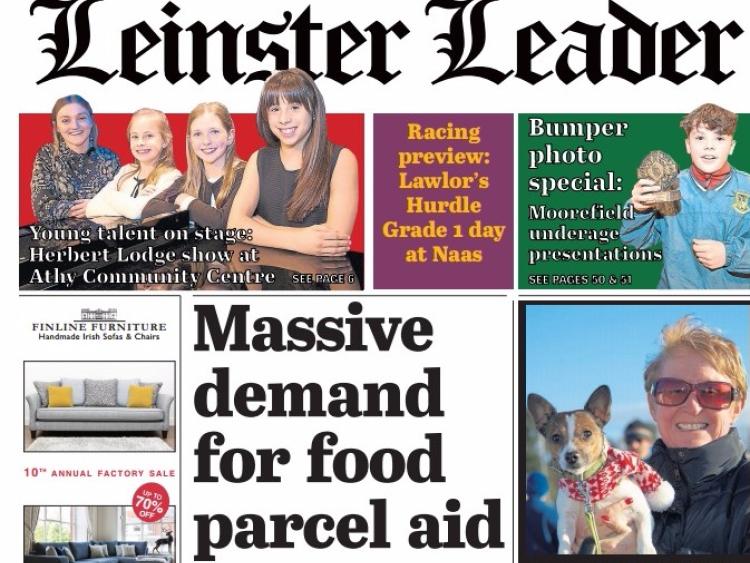 * Massive demand for food parcel aid in Kildare over Christmas

* Kildare house prices up 46% since recession

* Puzzle at Newbridge bridge as lights point the wrong way

We've photos from Herbert Lodge's production of 'The Gift of the Magi' in Athy; The Stor mo Chroi Christmas Concert in St David's Church, Naas; the Curragh Dog Walk in aid of Kildare Animal Foundation; the closing ceremony of Kildare's 1916 Commemorations; Newbridge Kenpo Karate's grading; Ringing in the New Year at the Westgrove Hotel, Clane, and the Nas na Ri Christmas Concert at the Moat Theatre.

Plus your best local notes section from around the county.

In Leader Sport, the Lilies dig deep to defeat the Rossies; a racing preview of the Lawlor's Hurdle Grade 1 day at Naas and a bumper photo special from the Moorefield Underage presentations.

In this week's Leinster Leader, in shops now!