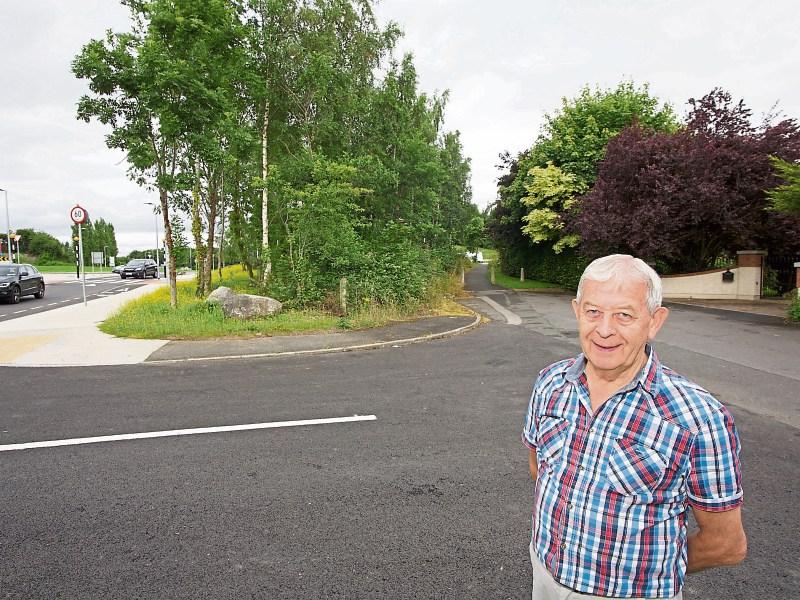 Cllr Seamie Moore near the walkway

A move to close off a wooded area on the outskirts of Naas has been shelved, at least temporarily.

Moves to counter anti-social behaviour close to the Monread Road emerged after Naas councillor Seamie Moore said he had received complaints from some residents.

He said that some people living close to the walkway at the verge of the Monread Road roundabout, near the Naas to Sallins Road, were being terrified.

He said that the area had been used to “start fires and stage camps” and he said the argument for closing it off outweighed the case against doing so.

“It is badly exploited for the wrong sort of activity,” he said when he raised the issue at a Naas Municipal District meeting in July.

At the time the councillors agreed to close the walkway — a process that takes some time because of the legal requirements that surround such a move, which starts with a statutory procedure to extinguish a right of way.

It also requires mapping to identify the start and end of the walkway and an alternative route to be used after it closes as well. The impact on pedestrians must be taken into account and costings for the project considered. Kildare County Council official Evelyn Wright said that while the gardai have no problem closing the area because there are footpaths in place, a small wooded area there could still be used as a venue for anti-social behaviour.

She said the work would cost €15,000 and Naas Mayor Fintan Brett said the project could amount of wasting money. A decision was deferred.