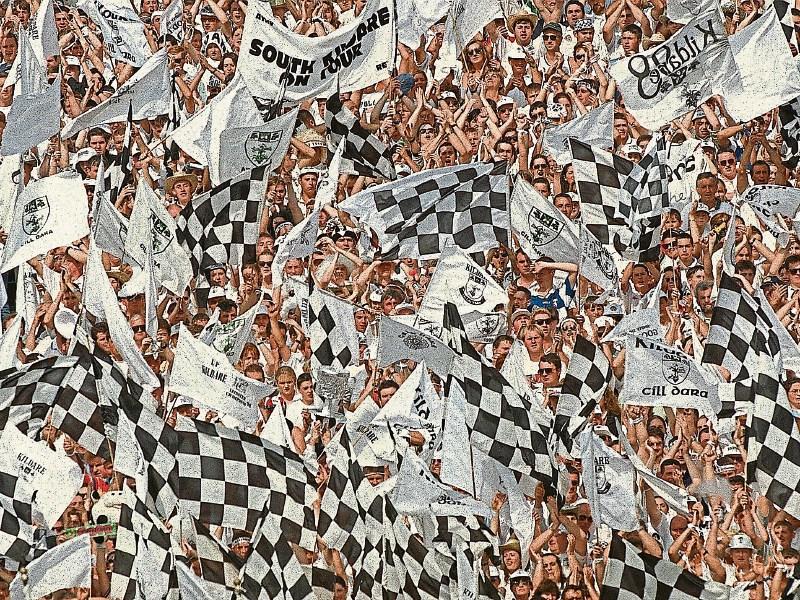 Partly because there isn’t much live GAA happening and mainly because we reread Frank McNally's 'A history of Ireland in 100 excuses' recently, we offer Kildare’s quest for Sam in 50 excuses:

4. Too much was made of them as young lads.

6. He pulled his hamstring on the golf course the day before the All-Ireland.

8. They didn’t train back then.

9. If it wasn’t Bernard Brogan it wouldn’t have been a free.

10. He had them over-trained and broken up — and we’re still paying off the debts.

11. He fell out with the county board and fell in with a couple of lads from Castlehaven.

14. There are too many blow-ins here.

15. Sure the Dubs have an unreal pick.

17. The defensive is wide open.

18. Getting Seanie Johnston down was a disgrace and totally at odds with the ethos of the Association.

21. The County Board board are useless.

22. We have too many fair-weather fans.

25. Could you switch that over to the Sandown meeting there please Bill?

27. Somebody needs to come in from the outside and sort the place out, root and branch.

28. No, we definitely need a Kildare man in charge.

30. There are too many Moorefield lads on the panel.

31. There are too many Sarsfields lads on the panel.

32. There aren’t enough Newbridge lads on the team.

33. I saw that lad in Neeson’s two weeks before a game - you wouldn’t see a Dublin player doing that.

34. These drinking bans are ridiculous, the players are having no craic and it shows.

35. There’s a big difference between minor and senior.

36. We have no tradition of success.

38. He’s way better than Dermot Earley was at his age, I guarantee he’ll be an All-Star in his first season playing county.

46. A row between the board and the supporters club.

50. Is there definitely no curse, because I heard there was one?