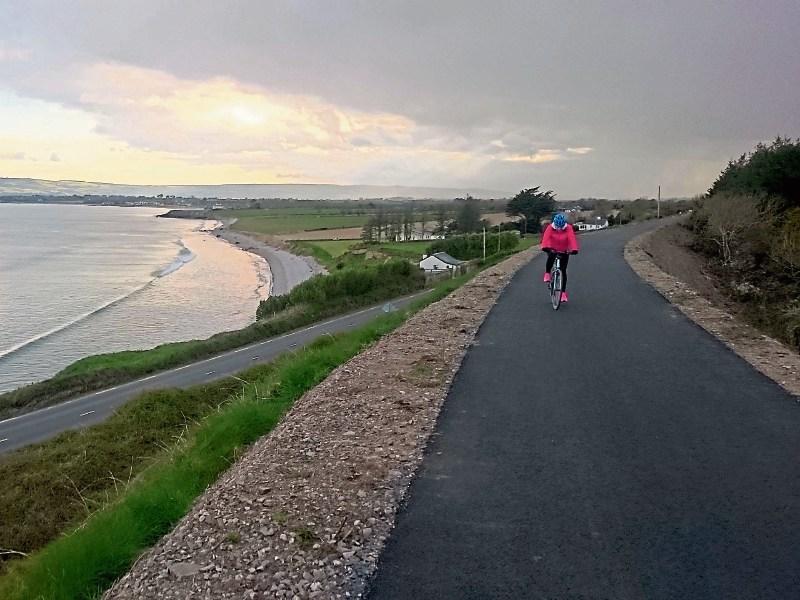 The Deise Greenway is cited as an example of what the Royal Canal greenway should be like, with its wide and tarmaced surface

The Royal Canal Greenway, currently being constructed along the the Royal Canal across the northern boundary of the county has been described as “mediocre” by local lobbying group Maynooth Cycling Campaign.

“This was a lost opportunity to provide a good quality greenway as opposed to a mediocre one – one which will compares unfavourably with the Deise Greenway,” Maynooth Cycling Campaign said in a blog post on their website on November 18.

The Deise Greenway is in Waterford.

The Dublin to Maynooth section is the first in a series of sections being done that will traverse the north of the county through Kilcock, Enfield, past Fureys in Moyvalley and proceed on to Hill of Down and Mullingar.

From there it will join the Mullingar to Athlone Greenway - and therefore it forms part of overall plans to create a Dublin to Galway route - which in turn is part of the EuroVelo 2 route set to stretch from Galway to Moscow, via London, Rotterdam, Berlin, Warsaw and Minsk.

The 8.4km section being considered by the Maynooth Cycling Campaign and links Maynooth, the Intel Ireland campus, Leixlip and the county Dublin border.

As a result, it is considered to have good potential to attract a lot of commuting cycling.

Maynooth Cycling Campaign, which aims to promote what it calls 'everyday cycling' has asked why a width of only 3 metres or 2.5 metres in some sections of the pathway is being proposed, even where, they claim, there’s space for a wider path.

“Conflicts between cyclists and pedestrians are common on such towpaths across the UK. The way to eliminate such conflicts is to follow international best practice (where feasible) such as in Germany, the Netherlands and Denmark where inter urban routes for cyclists are 4m wide.”

The Council responded that it is constrained by building it on a canal bank.

The group have concerns about the type of surface being used. They preferred asphalt , but in a planning report, Kildare County Council felt that asphalt could have a negative impact on the rural setting of the route.

“The grit dust surface will not have such a strong visual impact and will sit more naturally into the environment,” the Council said in a reply to concerns riased in the planning consultation phase.