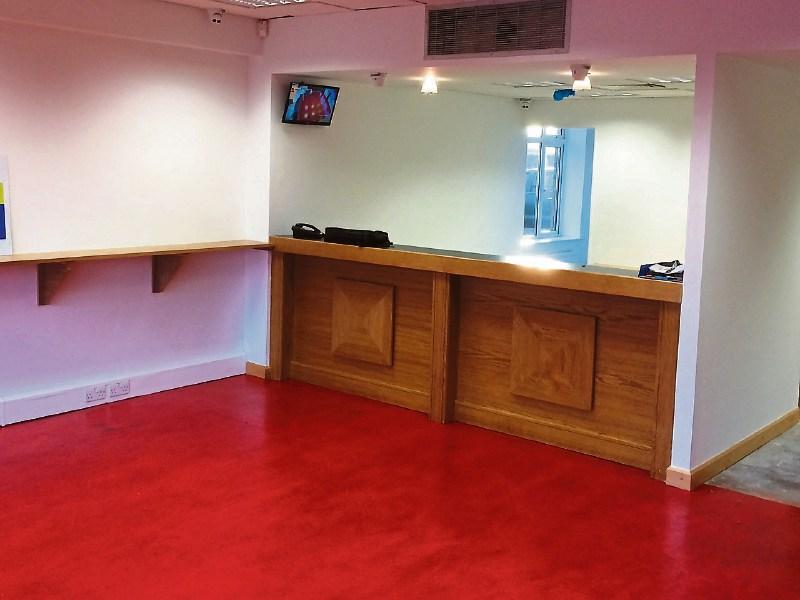 Inside the new temporary office

The temporary Newbridge Credit Union branch is to open today.

Six staff have been recruited to man the branch and the interior of the former FAS office has been fitted out to host the temporary office until the building on Edward Street is completed.

The new branch, beside Bord na Mona, on Edward Street, will offer a full range of credit union services until the permanent branch opens late in 2017.

Sean Murray, Chief Executive of Naas Credit Union said: “We are delighted to have opened the doors to our Newbridge branch, and look forward to welcoming members of the community. We are committed to becoming a trusted partner for the people of Newbridge, and to providing the same level of excellent customer service as we do in our other three branch locations.”

The branch will be open on Tuesday, Thursday, Friday and Saturday, including late night until 8pm on Tuesdays and Thursdays.

Permission has been granted to Naas Credit Union for the conversion of the former McCabe’s pub into a new permanent branch.

Naas Credit Union ditched plans to demolish the historical facade of the former pub, after the council asked it to change its plans following concerns expressed by several groups.

Newbridge Local History Group, Newbridge Tidy Towns and other locals highlighted the historical importance of the building. Naas CU then decided to lodge revised plans to incorporate the Victorian frontage into the new design.

Naas Credit Union paid €562,938 for the former pub on Edward Street. The front facade will now be retained while the rest of the building will be demolished.