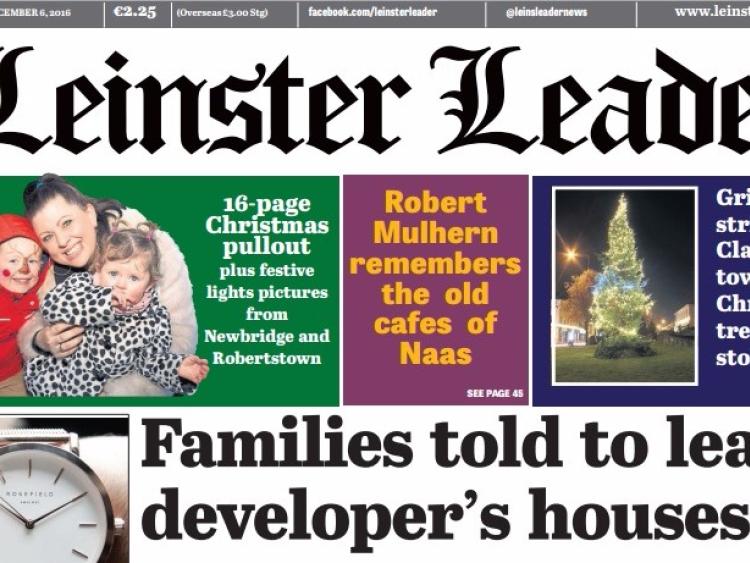 Naas families told to leave developer's houses in the shadow of the derelict Naas Shopping Centre;

Objections to housing plans for Rathangan;

We talk to Athy band picture this about their plans for 2017 as they launch the Santa Trail in Athy;

Plus, an examination of the 'out of control' rental market in the county.

We've photo specials from the turning on of the Christmas lights in Newbridge and Robertstown, the Christmas Fair in Kildare town, the staging of Straws in the Wind in Rathangan and the evening in aid of the Peter McVerry trust in Killashee.

Plus your best courts coverage, towns news pages and local notes in the county.

In your Leinster Leader, in shops now.