'Even better than last year' for Johnstownbridge 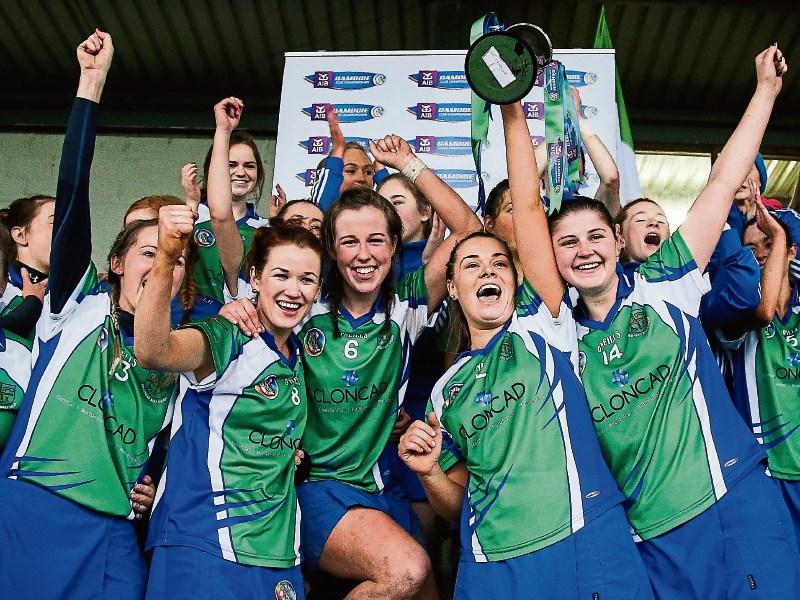 You never forget the first but second time around was even better as far as Eimear Hurley was concerned.

Official player of the match in the AIB All-Ireland Junior Club Championship Final at St Brendan’s Park in Birr on Sunday, the full-back was in resolute form as Johnstownbridge made it two-in-a-row in a dramatic decider.

They were made to sweat by a valiant Scariff/Ogonnelloe outfit however, with the Bannerwomen desperate to get over the line having fallen short in 2013.

Being forced to dig so deep gave this success even more value according to the beaming Hurley.

“They just played so well and obviously were trying to get back from three years ago so it took everything we had to win that.”

Johnstownbridge went in a goal to the good at the interval despite being second best for much of proceedings. They were more clinical than their opponents throughout however, with Róisín O’Connell’s 22nd minute goal the ultimate difference-maker in a 1-10 to 1-9 result.

And there was one man that has driven them forward more than any other, as they rose through the ranks in Kildare to get to the point where they have won the last two All-Irelands, after losing to the eventual champions in the three campaigns prior to that (Myshall 2012, 2013, Kilmessan 2014).

“I’m playing 22 years! That gang of girls a couple of years younger than me won Féile and we managed to keep that core bunch together.

“Everyone wants to do it for each other and for (manager) Dick Flanagan. He’s the main man.

“He’s been there through every single victory. He’s just inspirational.”

See this week's Leinster Leader for match report, reaction and all the pictures from the weekend's win.