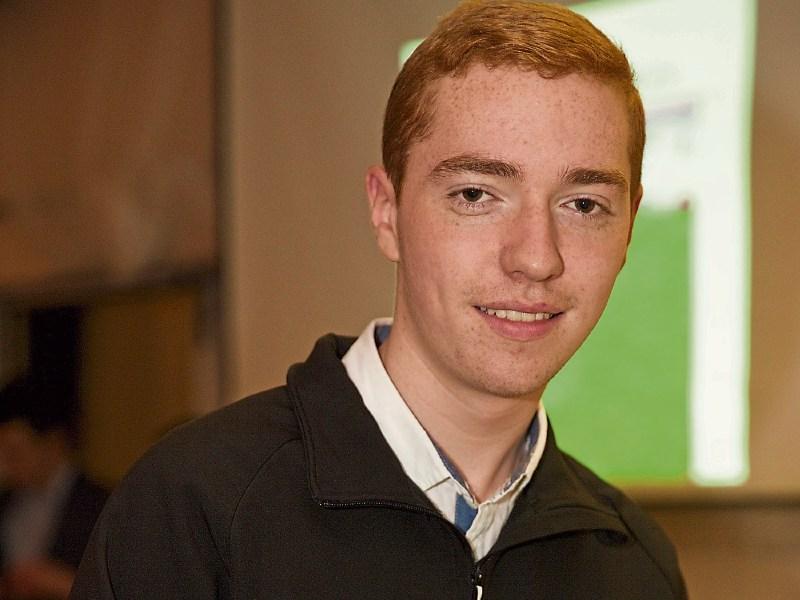 A Transition Year student celebrated his 16th birthday with a solo flight in a twin seater aircraft at Weston Airport.

Kevin Singleton, a Naas CBS student from Dun na Riogh, took to the skies above the National Flight Centre at Weston for a short duration.

“While sixteenth birthday solos aren’t unheard of, they’re uncommon and as far as I know I was the first to do one. It lasted about five or ten minutes. I can’t remember how long exactly, I was focussed on flying the aircraft. While soloing earlier than planned was always a possibility, I never really expected it.” Kevin told the Leader.

At the start of the flight Kevin was accompanied by an instructor who left the aircraft after two circuits of the airfield.

“He then ran into the terminal to tell my Dad to get his camera (his Mum missed the first flight because of work commitments).”

Having been cleared by the tower via radio he taxied on to the runway and “my nerves disappeared”.

Before that, though, he had to halt while another aircraft landed.

“This was the hardest part of the solo; because there is no handbrake in a plan I had to keep my toes on the foot brake, which was difficult because my legs were shaking.”

Once the Cessna 152 twin seater was identified by the tower and he got the go ahead. Kevin pushed the throttle fully forward and left the ground for the first time as “captain” of the aircraft.

He landed again in front of the terminal building.

Kevin’s interest in flying was sparked by a floatplane ride in Canada.