250 heavy trucks use rural road near Naas most days 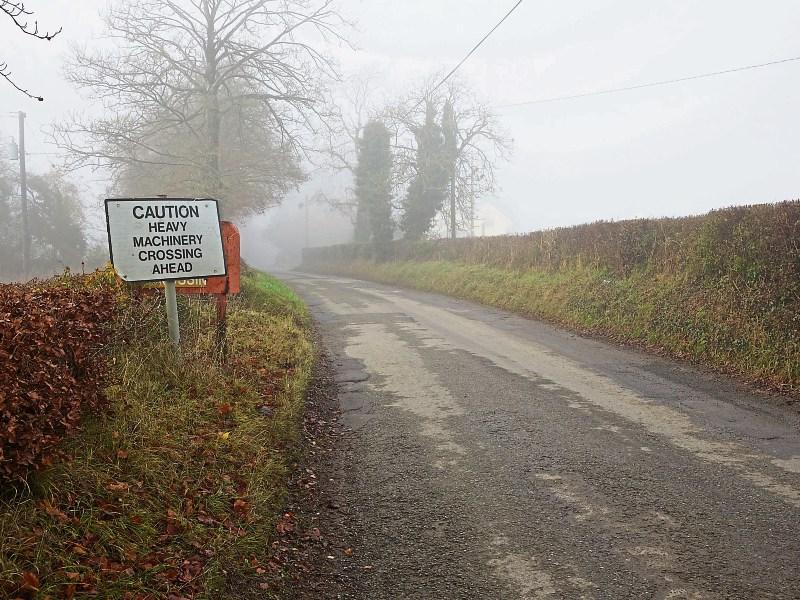 The road at Blackhall

Residents living along a country road outside Naas are up in arms over the number of large lorries driving past their homes to two landfill sites.

The residents live at Blackhall, not far from Punchestown Racecourse, and last week some of them walked the route taken by the vehicles, from Beggars End Cross to the landfill sites, in protest.

Blackhall Road Residents Association chairperson Detta Gaffney said that despite highlighting the problem “these issues have increased in severity.”

The residents claim that the excessive number of lorries using the road has an adverse impact on their health and safety as well as affecting “the integrity of or homes” and access to the road whether by foot, bike or car.

A count conducted by the residents on September 6 indicated there was more than 250 trucks or 500 movements on the road. And they claim it was envisaged that there would be up to 60 truck movements only.

“Living on our road at the moment is like living within the boundaries of a landfill site and a construction site with no protection in place from vehicles which put our safety in danger. The appalling noise levels puts our health in danger with the trucks dragging heavy weights in low gear towards the sites.”

Naas Mayor Fintan Brett told a Naas Municipal District meeting that 10-wheel lorries are now using the route adding “it used to be eight wheel lorries”. He described the traffic as a convoy and said an alternative route would cut the number of lorries by 50%.

He said the vehicles have encroached on at least one garden adding “there is a serious problem.”

The road, he added, had been widened by at least a metre by the movement of the lorries.

He said money should be provided for roads affected by landfill operations and it should be noted that most of the material transported to the sites originate outside County Kildare.

According to Kildare County Council there is no money available for additional expenditure on roads in the Naas area.

District Engineer David Reel said both sites have planning permission with conditions as well as licences.

He accepted there is a road maintenance issue but added it’s a public road with no restrictions on vehicles.