Cohen 'had a fanstastic sense of humour' 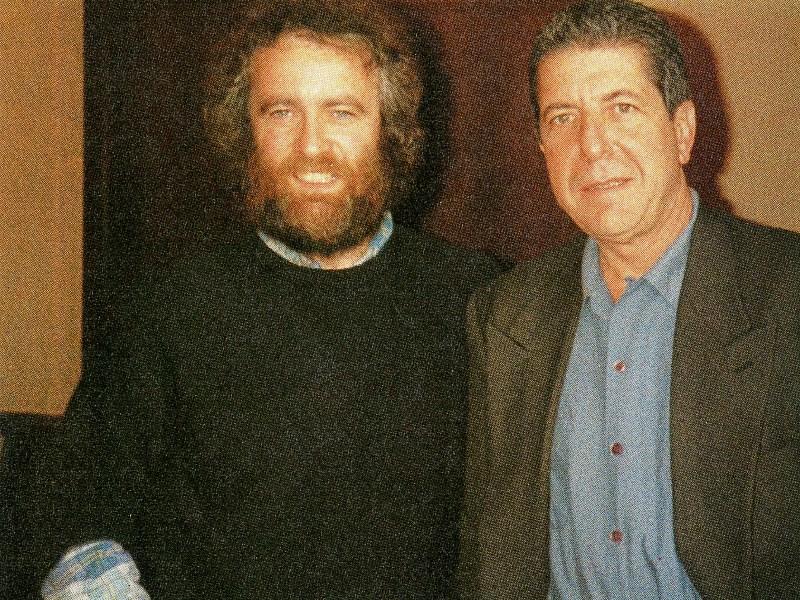 Kildare author John MacKenna was a close friend of the musician Leonard Cohen who passed away last week.

The south Kildare man first met Cohen more than 30 years ago, when he interviewed him in Dublin for a documentary which later won a Jacobs Radio Award.

A lifelong fan, he later became a friend of the poet and singer-songwriter whose work is known world wide.

“Like everybody else I knew he was ill,” said John speaking to the Leader after the death of his friend last week.

“I had spoken to him in October because I was working on a theatrical mass project using his music and works from the Book of Mercy which was published by Leonard in 1984. He told me to use what I liked — he was extraordinarily gracious with the use of his work.”

“I was doing an interview with him and we kept in touch after that. He had a fantastic sense of humour. People often dismissed him as being very serious but his sense of fun was one of his most endearing qualities. When I turned 60, I got a one line e-mail from Leonard saying ‘I warned you this would happen’.

“That was typical Leonard. I have an older brother but I always thought of Leonard in that way.

“He always sent messages about what life is like up ahead. Even his last album, released just before he died, is so much about the end of life. You can’t help but be comforted by the way he dealt with death with such grace.”

“I asked Leonard if I could get a picture of him with my then four-year-old daughter Lydia. He was busy, looking for some sweets to give her in his bag. Instead he found a pin and he gave it to her.

“Recently she got married, and she wore that pin on her wedding day. Leonard sent her a mail saying he was so happy that she and her husband had found each other and wished them years of happiness.

“That was Leonard, he was extraordinarily kind.

“ So many of his ex-lovers kept in touch with him. He was one of the great patriarch figures. We talked after Marianne (Ihlen, the ex-partner who inspired many Leonard Cohen songs) died in the summer and he said that he had been sick but I had no real idea how sick he was.

“ I last spoke to him on October 22, when he told me to go ahead and use whatever I needed for my project.