The true cost of your Kildare-to-Dublin commute

Huge investment of time and money 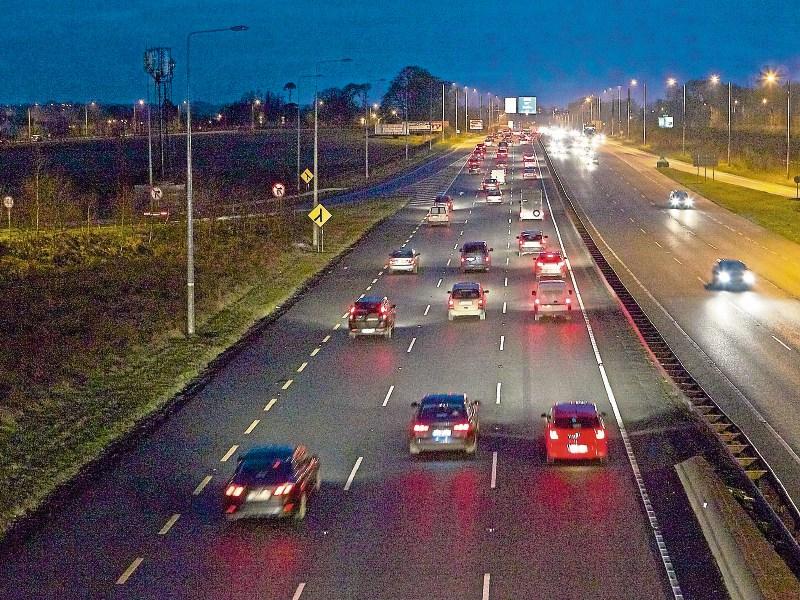 Every day I cycle five minutes to work am I am grateful for the convenience.

Because at the same time thousands of people all over Kildare have to battle the motorways or queue up for buses and trains to take them in and out of Dublin. This is, after all, Ireland’s biggest commuter county with 46% of the workforce leaving Kildare every day for their job.

But what is the true cost of commuting?

We’re dealing only in hard cash here. The mental and physical stress of fighting traffic and getting up an hour earlier and arriving home late is subjective. Some hate this way of life, others don’t mind it so much.

So here follows an admittedly anecdotal and rudimentary calculation. Yet it looks as if the job you travel to has to be worth quite a lot more than a local alternative to make it worthwhile.

I’ll use myself as the example, because a few years ago I was what many would regard as an average commuter.

I drove from Kilcullen to an office near central Dublin, a near 60-mile-a-day round trip. Incidentally, the calculation below only applies to drivers, as this is the most common form of commuting from Kildare - two thirds of us here take the car to work.

I clocked on in the early afternoon and finished late. So the journey there would take a little over an hour and the spin home in light traffic was around 40-45 minutes. Two hours of my day was taken up travelling - this is fairly typical for Kildare commuters. It takes a great many of them a great deal longer to get to and from work.

The fact that I needed to commute meant it was necessary for us to be a two-car household. We have one car now.

At the time my car was about as cheap as you could get without the being one that broke down a lot. It was an old Toyota Corolla that cost €3,500. The loan worked out at about €110 a month over three years, around €30 a week. Most people drive more expensive cars.

Tax and insurance I worked out at about €17 a week (I’m rounding up or down here, not counting cents).

Car maintenance, including NCT, I’ve chalked down at a conservative €500 a year - a tenner a week.

The biggest expense I’ve worked out is time. All of our time is valuable - it is this (as well as experience and expertise) that our employer pays for. And it is a finite resource. We only have so much of it and so try to use it as well as we can.

I was getting paid €20 an hour then (in or around the average industrial wage). Ten hours a week were spent getting to and from the office, therefore I was investing more than an extra day’s worth of work a week in travelling. And if I was getting paid for that time it would have come to €200. Working a sixth day would likely be taxed at the higher rate of 40% so we’ll say €160 for time.

If we do some basic addition then for our weekly costs we have:

€47 (car loan plus tax and insurance)

Now, you could argue that to have €12,549 you’d need to earn more and pay tax to be left with €12,549. But, to be fair, the €160 which we’ve worked out as the value of your time (after tax) for working the extra 10 hours in travelling to work cannot be counted, because you have not actually done that work and earned that money so it does not form part of your net or gross income.

Your total commuting expenses are therefore €13,555.

Well that’s, give or take a thousand or so, what it was costing me - as I said the calculation is fairly basic and does not consider everything.

I believe that number would be on the low side for most people. My car loan of €110 a month was extremely cheap. Most people pay double that and more. Also my car had done most of its depreciating a long time before I bought it. The newer car owners have to consider this.

All said, for somebody in my situation some years ago, a €32,000-a-year job within cycling or walking distance of home would have been worth more than one for €45,000 in Dublin.

As an aside, walking or cycling to work is not lost time. It is essential exercise. We all need to do a certain amount a week and most of us fall short. There is a health pay-off to the action, if not a financial one.

If only there was a financial pay-off for driving up and down the motorways. This would be a county of millionaires.

As it turns out, the cost of your commute may very well be what's keeping you in a state of living paycheque to paycheque.