Aubrey McCarthy is 2016 Rehab Kildare Person of the Year

Jokes award will definitely help him get a wife 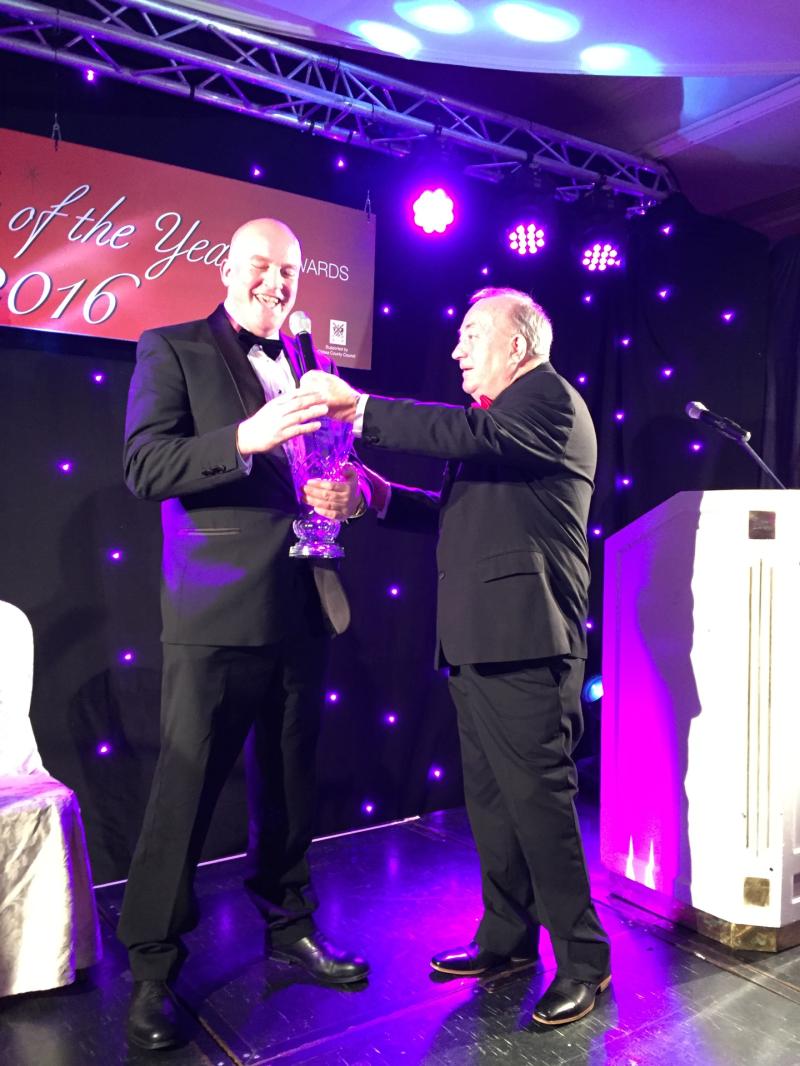 Well known businessman Aubrey McCarthy, has won the Co. Kildare Person of the Year Award for 2016.

Mr McCarthy was nominated for his work in establishing the Tiglin Rehabilitation Centre.

Speaking to host Matt Browne, he explained that his experience many years ago while volunteering with the Salvation Army in meeting a young heroin addict who went on to turn his life around, was the inspiration for him to get involved in establishing rehabilitation services.

Mr McCarthy was announced as the winner tonight at the awards banquet in the Keadeen Hotel. When his name was announced, he joked that the award would "definitely help me get a wife now!"

He went on to thank local TD Fiona O'Loughlin and others who assisted in the establishment of the treatment centre, and supporting it.

We'll have more from the awards night and the winner in Tuesday's Leinster Leader.