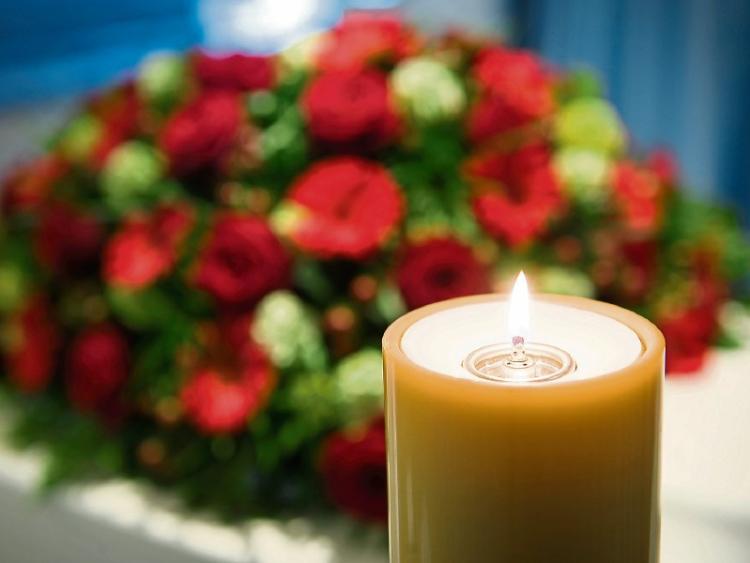 Peacefully. Brother of the late Ann. Beloved husband of Stella and loving father of Fiachra. He will be sadly missed by his wife, son, sister Eileen (Larkin), daughter-in-law Alice, grandchildren Finn and Sophie, in-laws, nephews, nieces, relatives and friends.Reposing at his home from 4p.m. on Friday with Rosary at 8.30p.m. Funeral on Saturday after 11a.m. Requiem Mass in the Church of the Assumption B.V.M., Main St., Castledermot to Colestown Cemetery. Family flowers only please. Donations, if desired, to St. Vincent's Hospital Comfort Fund, Athy, Co. Kildare or The Friends of Naas General Hospital.