Deceased couple to have joint funeral 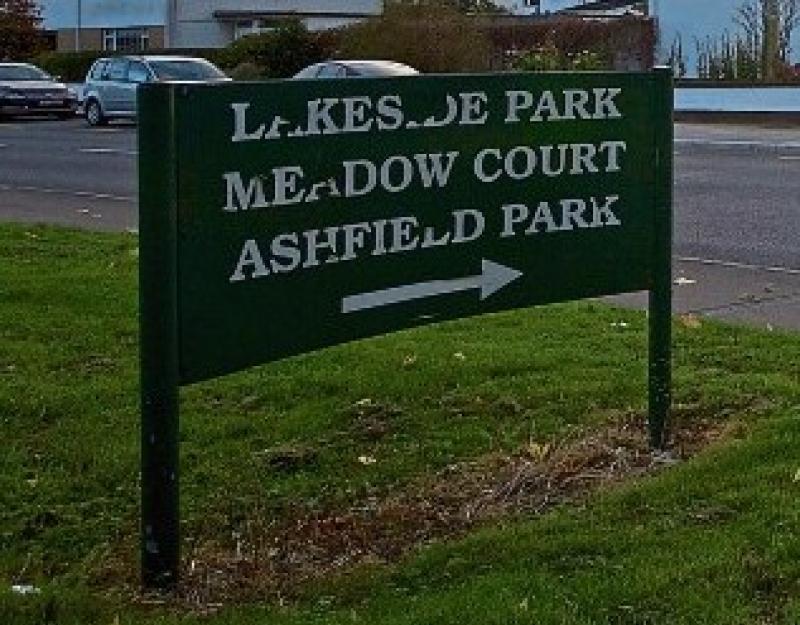 The entrance to Ashfield Park.

Funeral details have been announced of Joseph Colm and Maureen Bradley, the couple whose bodies, were discovered in their home in Ashfield Park, Naas on Monday morning.

Maureen and Colm had one daughter Caroline, who lived in the UK. Neighbours in Ashfield Park believe they lived in the area for the best part of 30 years.

Mr Bradley worked as a veterinary inspector with the Department of Agriculture.

Their remains will be reposing at the George Mullins Funeral Home, Kilcullen Road, Naas on Thursday from 3pm with removal at 6pm arriving at the Church of Our Lady and St. David, Naas at 6.30pm.

The funeral will be on Friday after 10am Mass to St Corban's Cemetery, Naas.

Meanwhile it’s being reported that a post mortem completed on the bodies of the couple has confirmed that Mrs Bradley died of natural causes while her husband died some time later.

Mr Bradley was unwell in recent years, and Maureen cared for him.