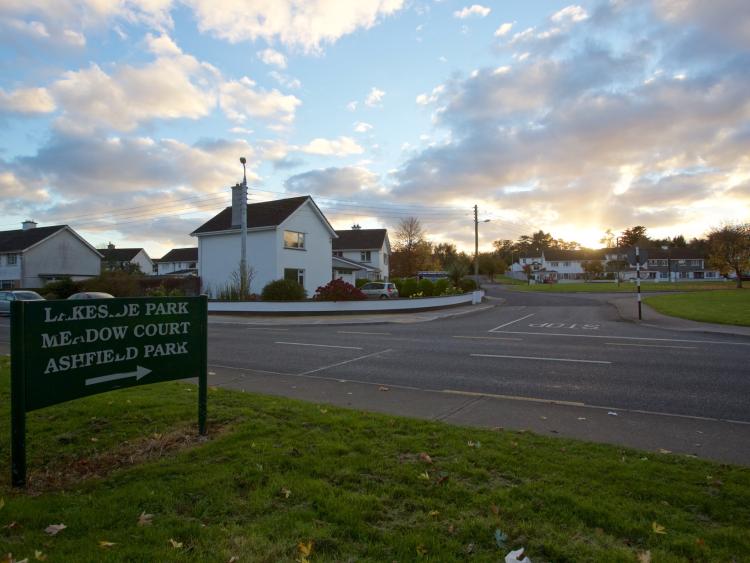 The entrance to Ashfield Park

Gardai in Naas say they are not looking for anybody else in relation to discovery of the bodies of an elderly couple in the Ashfield estate, Naas.

The bodies of the couple, Maureen and Joseph Bradley, were discovered yesterday morning, Monday, by Gardai after the alarm was raised by a neighbour who regularly brought Mrs Bradley to mass.

The couple have one daughter, who lives in the UK.

They were described by neighbours as a couple who kept themselves to themselves.

Mr Bradley had worked in the Department of Agriculture, and hadn’t been well in recent times,

Mrs Bradley would have been well known and a friendly woman who maintained a distinct strong Kerry accent.

She attended mass regularly with a local who called to pick her up and give her a lift to Ballycane church.

When the neighbour called yesterday morning there was no response. Gardai were called and the discovery was made.

It is believed that Mrs Bradley died of natural causes, possibly a heart attack, and that her husband died tragically some time later.

Investigating Gardai said they would not be looking for anybody else in relation to the incident.

The house, number 6 Ashfield, was attended by dozens of Gardai and forensics officers.

And a post mortem is currently being carried out now, with a result expected later this afternoon.

Local councillor Seamie Moore, who also lives in Highfield said that it was “very sad for the community”, and for the couple’s daughter.

He often recalled giving Mrs Bradley a lift to the shops. “It would never be any further than Supervalu, and she’d often ask you to wait to give her a lift back.”