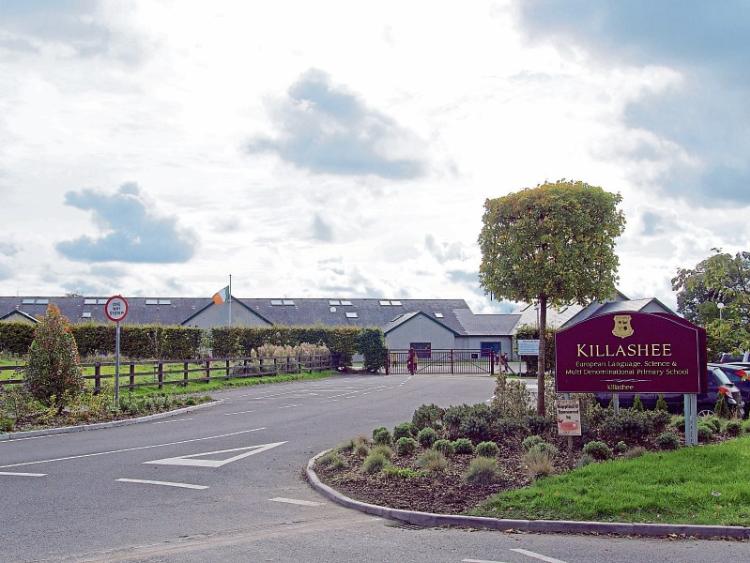 There is no money available to build a footpath to the Killashee Multi Denominational Primary School on the outskirts of Naas.

A request by the school for funding for the footpath gained little traction at a Naas Municipal District meeting.

The school lobbied the Naas councillors for the path and one, Carmel Kelly, said the construction of a footpath between the Killashee House Hotel and the school would be in the interests of the welfare of the students.

Cllr Kelly also said that the councillors were approached by the school principal who felt the school had been “cut off” and the pupils cannot walk to the school if there's no path.

She said school management wanted to encourage more pupils to cycle or walk to the school.

However KCC’s response was that there is “currently no funding for this work”; though it has been included on a list of projects which KCC’s Roads Section has forwarded to the National Transport Authority and from which it’s seeking funding.

The council is also requesting the school to provide information about the numbers of people getting to the school in cars or by walking or cycling — and what these numbers would be is a new footpath is built.

District Engineer David Reel said these details “would be helpful.”

The question was also raised by Cllrs Darren Scully and Billy Hillis and supported by Naas Mayor Fintan Brett, who also said some vehicles are parked on the main road and yellow lines are needed to solve this.

He said 40-50 people would walk if there was a footpath to the school.

But Cllr Scully said the principal should write to the parents of children attending the school — if they are parking on the road.

“We don’t need a sledgehammer to crack a nut, the school should do it (stop people parking on the road),” said Cllr Scully.

Another councillor Seamie Moore said the idea represented a waste of money.

“There are no kids walking to the school. It would be a waste if were to do this.”

Instead he suggested that speed reduction measures and public lighting would be more helpful “because many people using the road don’t realise the school is there,” said Cllr Moore.

He referred to Killashee MDPS as “almost a private school” and described the case for funding as “very weak.”