There are NO secret tunnels under Naas 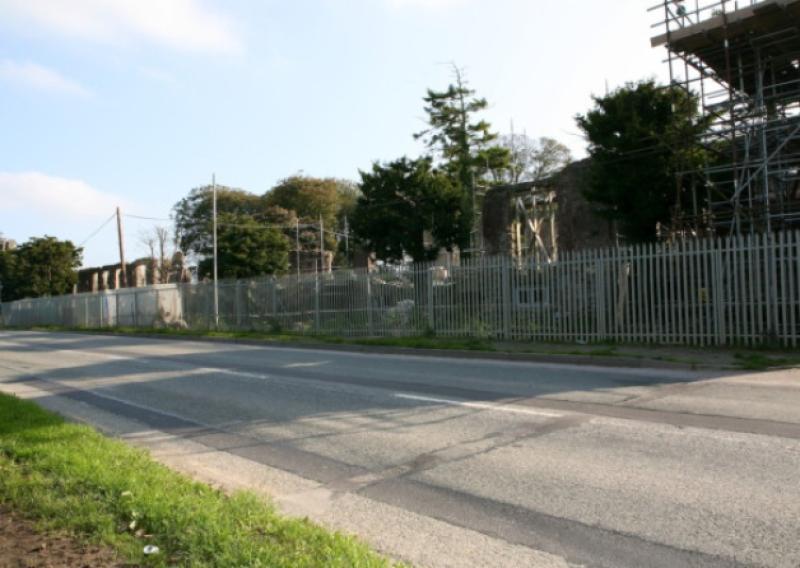 Jigginstown Castle: central to one of the more far-fetched urban myths

Have you heard the one about the tunnels?

The answer: the tunnels that criss-cross beneath the town of Naas. According to local folklore the town has a subterranean network that would make the London Underground look like a mouse-hole.

Eavesdrop on enough bar-stool conversations in the town and you will soon believe that beneath the main streets is a scene that would not be out of place as a set for Raiders of the Lost Ark.

The Town Hall is brought into the equation as another portal for a network of secret passages. The more adventurous pundits maintain that the tunnels stretch farther linking the old castle with Jigginstown Castle out the Newbridge Road, a distance of about a kilometre.

However put the tunnel claims under the historical microscope and some gaps begin to open.

The Moat was built around the 12th century but the castle on the other side of the main street was not built until the 14th century. Thus a gap of two centuries opens up in the history of the buildings alleged to be connected by tunnels. What’s more the moat was almost certainly abandoned long before the first squire set foot in the castle keep so there would have been no earthly reason to attempt to connect both.

The claims for a tunnel from the town centre to Jigginstown are even more far-fetched. Jigginstown Castle was not built until the 1640s long after the other old buildings in the town. The ages of the various sites are so out of sync that it is impossible to see any logic in their being connected by underground means. One was abandoned before the other came into use.

So what is it that fuels this persistent legend of the soils under the town being full of holes like a Swiss cheese?

It is probably as simple as this:

Most shops and pubs in the Main Street had cellars from the 19th century. One or two are still in use and the sound of kegs clanging down from the brewer’s truck on their way down to the cellar is part of the town’s soundscape.

But most of the cellars have long been abandoned and, in many cases, bricked up. So a curious shop assistant opens a hatch in the floor, peers into the gloom and sees a blocked-up archway.

Recounted to the mates over a pint later on the story of the blocked-off arch becomes a thing of mystery to be given legs.

As a story it has attractions – easily claimed but not easily disproved. However those who hold forth on the tunnel story have yet to come up with the ultimate proof and that is to enter a tunnel at one end and exit it at the other.

This column is not averse to eating humble pie but when it comes to the tunnel story if any of the advocates of the tunnel theory succeed in traversing one of the aforesaid tunnels well then we will happily eat our headgear, never mind the pie.