No date set for temporary Newbridge Credit Union opening yet 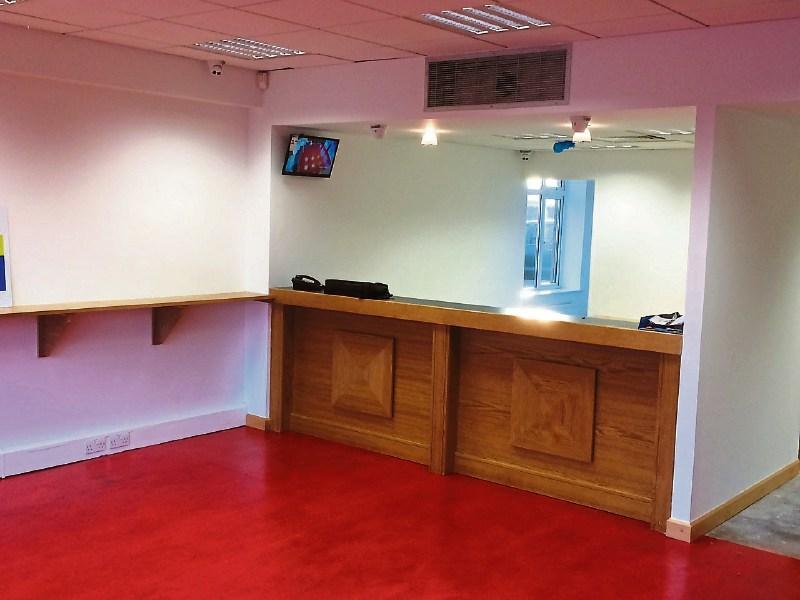 The interior of the new temporary office

No date has been set for the opening of the temporary Newbridge Credit Union branch.

However, Naas Credit Union said it is working hard to get the branch opened up as soon as possible.

Six staff have been recruited to man the office, and the interior of the former FAS office has been fitted out to host the temporary office until the building on Edward Street is completed.

A spokesperson for Naas CU said it was currently trying to determine the opening hours. It's understood the branch may be open four days a week - Tuesdays, Thursdays, Fridays and Saturdays.

Last month, permission was granted to Naas Credit Union for the conversion of the former McCabe’s pub into a new branch.

It also announced it would be opening a temporary office in December at the former FAS office (in front of St Conleth's Park).

Naas Credit Union had ditched plans to demolish the historical facade of McCabes, after the council urged it to do so when pressure came from several groups. Newbridge Local History Group, Newbridge Tidy Towns and other locals had highlighted the historical importance of the building. Naas CU then decided to lodge revised plans to incorporate the Victorian frontage into the new design.

Naas Credit Union paid €562,938 for the former pub on Edward Street. The front facade will now be retained while the rest of the building will be demolished.