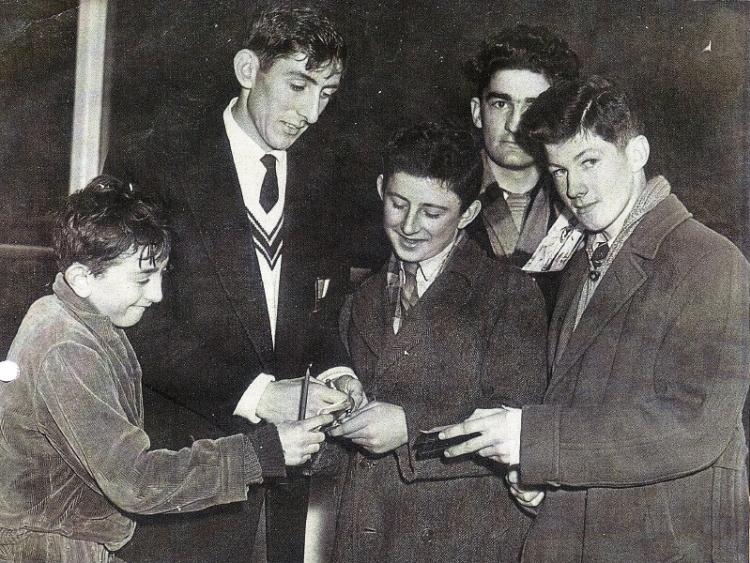 Ronnie Delaney and friends in 1956

Ronnie Delany won Ireland's fourth gold medal sixty years ago in the 1500 metres running event at the Melbourne Olympics in 1956.

It's the most recent Olympic gold won on the running track by an Irish athlete. Then 22, he was later to win a bronze at the European Championships and a gold at the World University Games in Sofia in 1961.

He visited Naas on the way back and was honoured by the then Naas Urban Council and that anniversary was marked last week by Naas Athletic Club. He's pictured above that day with (from left) John Greely, Donie Conway, Chris Glennon and Michael Mulvey.