VIDEO: Great craic to be had at Mondello track 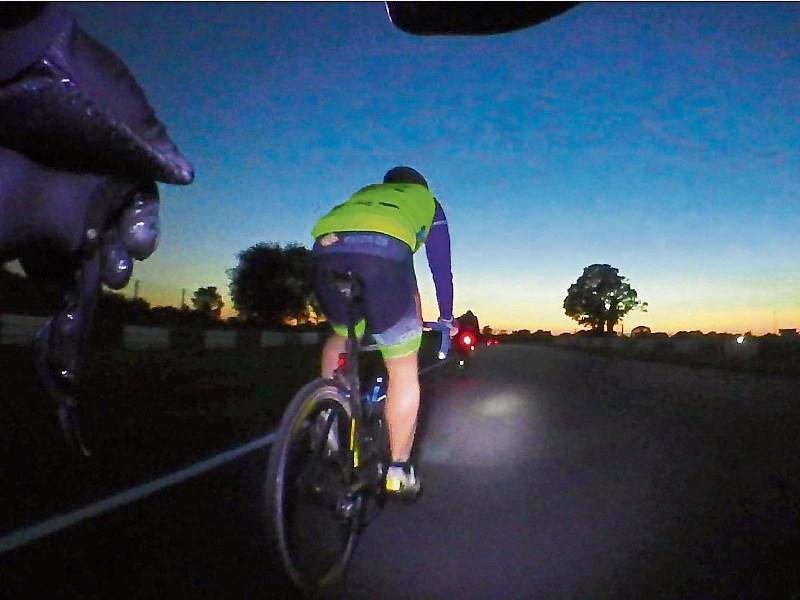 Mondello is open to cyclists every Wednesday evening from 7-9pm

Last Wednesday a good crowd turned up at Mondello to take advantage of the fantastic facility available to us.

Mondello have opened up its track on Wednesday nights to cyclists.

It's the brainchild of Maynooth Cycling Club who saw that a similar thing was being done at Darlington racetrack in the UK.

Simply, at any time between the hours of 7pm and 9pm, you can turn up at Mondello, pay €8 and cycle around the track as fast or as slowly as you like (or both).

There is preciously little organising to it, except that you must go clockwise and you should be conscious that if there are people going faster than you, not to get in their way.

I assumed that staying to the left was the right thing to do, but then a hard charging train passed me on the left.

It really didn’t matter at all.

It being for cars more than bikes, the track is plenty wide — you’d want to be desperately unlucky to get tangled up with another cyclist.

The one thing you must do is have your own lights.

The front needs to be better, obviously, than the back — although neither have to be amazing.

The rear light is simply to let other cyclists know you're there, and the front is so that you can pick your way through the bends.

The track is so wide anyway that it’s difficult to imagine you could get it too wrong anyway.

It’s a safe training facility for cyclists who, during the months of limited daylight, would normally have to confine themselves to turbo trainers and the weekend.

The track is well paved for the most part. There is one stretch of maybe 200 metres at one point where it’s not absolutely smooth, but it's still a damn sight better than a lot of roads Kildare cyclists are familiar with!

Also interestingly, the track is rarely flat — you spend a lot of time either climbing (up to 3.5% in parts) or descending.

Also, away from buildings and trees at the back of the track it can get quite windy, which came as a surprise when compared to how still it felt when we were parking up.

An entire lap is 3.4kms. Depending on ability or how hard people were pushing, that should take somewhere between five and eight minutes.

If you just wanted to spend the evening adding to your annual Strava total (that would be me), then you can easily knock out more than 40kms.

It’s a great facility if you just want to keep the watts constant all the way around — given that you're not worried about major hills or traffic considerations. It’s also good if you want to practice sprints, or if you’re organised, sprint lead-outs.

See you all there tomorrow evening!