House and caravan damaged by fire in separate Naas incidents 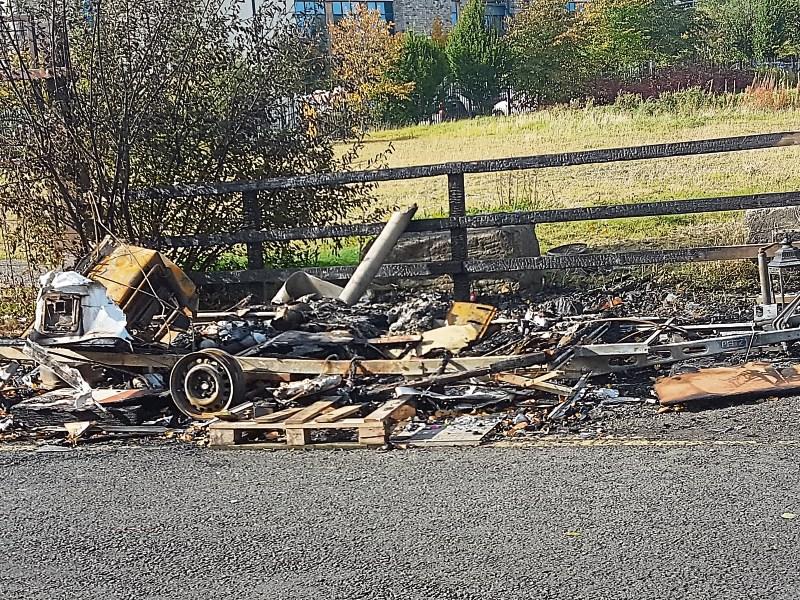 The burnt out remains of the caravan on the Rathasker Road

Fire services had to scramble to two separate incidents in Naas on Saturday night after reports came in of a house fire and an unrelated caravan blaze.

A call came in to the Kildare fire service at 10.20pm last Saturday, October 15. It was informed a sitting room was on fire at a house at Oakfield Heights, Naas.

Fire services from Naas and Newbridge attended the scene.

The property received smoke and fire damage, but the fire officers managed to prevent the blaze from spreading to other parts of the house.

The home was evacuated and no injuries were reported.

It’s not clear what caused the fire at this stage.

The gardai also attended the scene.

Meanwhile, in a separate and unrelated incident, at 10.30pm a call also came into the fire service headquarters in Newbridge reporting a caravan fire at Rathasker Road, Naas.

The caravan, which had previously been smashed up, was abandoned and vacant at the time of the fire.

Newbridge fire brigade were diverted to attend the second fire.

Nothing was left of the caravan after the fire was put out except the axel.

It remains in a pile of blackened rubble at the side of the road.