Cut from three days to two 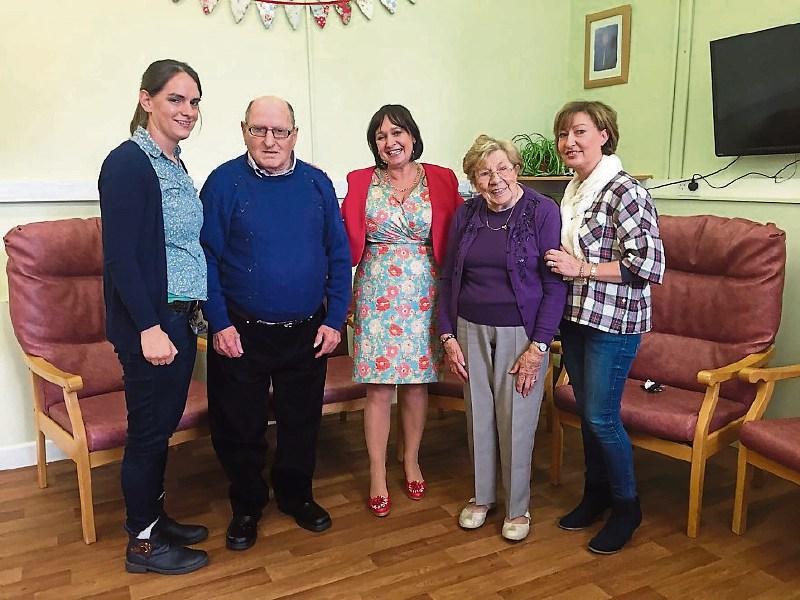 Kildare South TD Fiona O' Loughlin visited some of the residents in the Alzheimer Day Care in Moore Abbey, Monasterevin, who will be affected by cuts in the service.

the town from three days to two a week.

Some 20 local families use the service and, out of those, four will be directly affected by the plans to reduce it. However, it has the potential to affect all users.

A letter was sent to the families affected by the Alzheimer Association explaining that, after a budget review of the service, it has been established that there is only a demand now for a service two days a week, adding that “the situation will be monitored on an ongoing basis”.

“Peter and Tess are just two of the people who attend the unit and are distressed in the knowledge the services are being reduced and they will no longer be able to attend the unit in Moore Abbey three days week,”saidDeputy O'Loughlin. “Moore Abbey have kindly extended the lease on the building until March. However the future location of the unit is uncertain leaving the south of the county without an essential service to the residents and their families.” Deputy O' Loughlin has since called on the Minister for Health to try and secure a location for the unit in Monasterevin.

“Everyone who goes there needs 24-hour care. We are already stretched as it is.”

A statement from the Alzheimer Society said the service had been “under-achieving by up to 50 per cent for a period of 12 months, due to under attendance by clients.