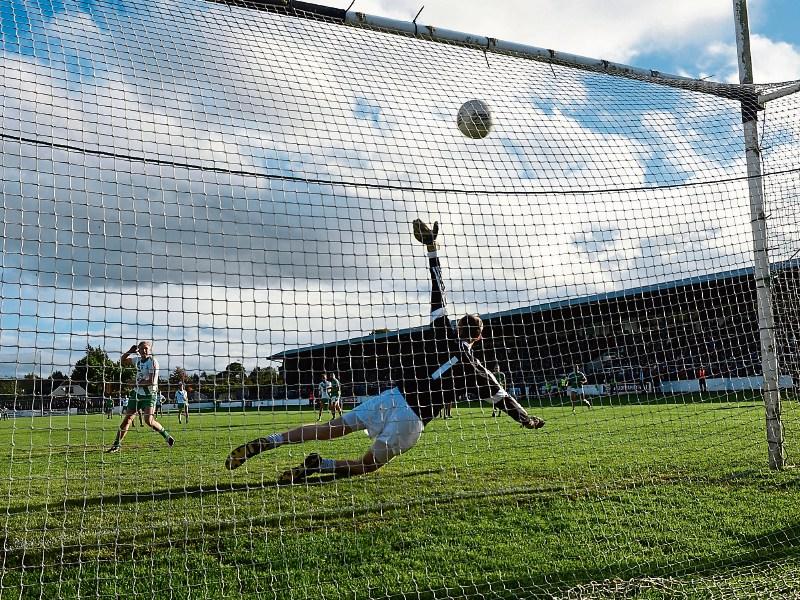 A few thoughts on county final day at Newbridge.

The crowd: There was a terrific turnout to watch Sarsfields and Moorefield face off. On a blustery, chilly autumn afternoon the easiest thing to do is stay stuck to the couch so it was heartening to see such a full ground. We would estimate a crowd of around 5,000 paid in to St Conleth’s Park but no official attendance figure was announced. Or perhaps it was…

The PA system: Whenever that roving microphone is used it’s like listening to somebody on a Skype call from Madagaskar. This is particularly unfortunate because it’s not a new problem. When the Naas silver jubilee team were introduced at half-time last year it was impossible to hear their names properly. The same happened for Clane’s 1991 winners this time, and for the Kildare Ladies IFC All-Ireland champions who were greeted with tremendous applause. This is far from good enough and these teams deserve better — as does Pat Costello, the man holding the microphone.

Calling it: From the man on the mic to the man in the middle, referee Fergal Barry did not have the greatest of games.

Two years ago, we wrote of Barry’s performance in the drawn County Final replay that: “From early on, it was apparent that the contest was not flowing as the staccato sound of Fergal Barry’s whistle disrupted the rhythm.”

The same applied in 2016. We are extremely loathe to criticise referees. They have a near impossible job and are an easy fall guy of the game does not turn out as hoped for. On top of that they have assessors who will dictate their progress in the GAA to think about.

… All that said, Fergal really needs to apply the spirit rather than the letter of the law. Gaelic football is a grand game when it’s not played properly. Blow for everything and there will be very little of a match left to watch.

Red card: If you were told before the game that one player would get sent off with 10 minutes left and the game in the balance, you would have a few suspects. They would not include the vastly experienced Ronan Sweeney. He was probably the man of the match until then, his vision and link-play were tormenting Sarsfields. Then he threw out a leg at Gary White as they tangled. Where Sweeney was particularly unlucky/foolish was that this incident took place right in front of the baying Sarsfields bench and supporters behind them on the terrace. Officials are human and are bound to be influenced by the reaction. Had it happened at another part of the ground the outcome may not have been the same. That said it was a striking offence and Barry cannot be criticised for this call.

Goal misses lose games: Moorefield’s wastefulness in the first half — where Jason Phillips, Ciaran Kelly and Adam Tyrrell all had fine opportunities — was more crucial to the outcome than the sending off.

Cahill's class: He didn’t have one of his best finals but Ray Cahill once again proved his class. He showed a lot of character to thump the penalty home into the Moorefield end and it’s hard to imagine anybody else in a game that starred many fine forwards producing two points from play of the quality that he did.