The Gem at the heart of Naas 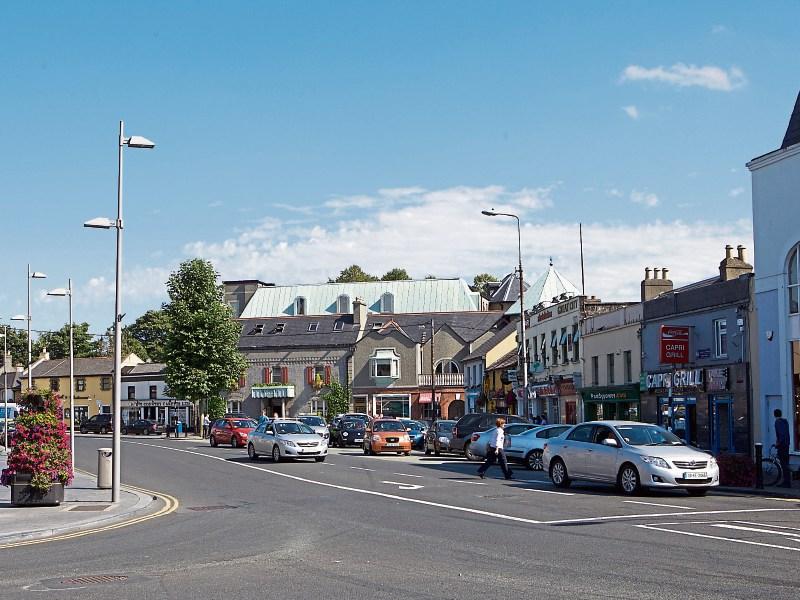 Poplar Square is only half-dressed without The Gem

The Gem has been closed for over a year and a half now. What is so surprising and disappointing is that it shows no sign of re-opening. For so long, this place was at the centre of our world.

We were in an all boys school so the Gem’s location was the natural and very necessary meeting point between the CBS and St Mary's.

At lunchtime, before study and after school, we’d plot, plan and pitch-in for packets of fags when a cigarette was a conversation starter and something to hang onto more than a nicotine hit.

In this guise the Gem was a matchmaker that even Lisdoonvarna couldn’t compete with. And it grew just as gaudy and bright as the years went by.

It feels a bit strange to lament the loss of a shop but it’s worth framing the place because I was caught off guard when I arrived home one weekend last year and found the Gem closed.

It was unbelievable really - this was our Cleary’s clock on O’Connell Street, our connection point before mobile phones.

It only ever closed on Christmas day and it was there long before the Great City moved in upstairs and started doing food by numbers with fried rice.

We didn’t have the spending power for Lemon Chicken with prawn crackers so we dined downstairs, Burger Bites and Meanies mainly, 10 Silk Cut Purple occasionally, and whatever brand of fizzy can that was doing a 33 per cent for free offer.

Ben was permanently fixed behind the counter downstairs and uniformed students took up a permanent position outside.

The Gem was prime real estate for generations of teenagers, a place so precious that it was alway under guard.

I know people who dropped out of Carlow RTC just to take up sentry duty outside the shop’s entrance; that should never have left their post to take the Kavanagh’s bus south in the first place.

Then, like now, the Gem was about accumulating data; about being plugged in.

There were no iPhones, you couldn’t carry the place in our pocket so you had to get down there as to find out what was going on and who was getting on, or off, with who.

Everyone was clocking everyone else at lunch time, and there was always some lucky f**ker getting off with everyone at the weekends - all the girls who’d cross from St Mary’s and walk up the red mat at the shop’s entrance.

This is a terrible cliche, but it felt like a catwalk. Not Paris but Poplar.

The Gem was the local computer server of its time and the time investment was so great that the most committed became known as Gemmies.

And sometimes the space out the front of the shop had to be shared with functioning members of society, like the man who’d sell the charity raffle tickets on a Saturday. If you were flush - and that was probably once a year - you’d buy one.

And he'd tell you he'd keep his fingers crossed that you'd get the bit of luck that night.

Poplar Square was hierarchical in the mid to late ‘90s. Everyone had their pitch and no one challenged anyone else’s pitch, not when it was bright at least. After dark and at the weekends it was a different story. And I can still see the big windows wobbling under the strain of some scrap out the front, with Sallins most probably.

It was a place of transition, a rite of passage, a building that I never identified a retail experience with, even though I spent in there.

But that was secondary to it's function as a hub.

You had your time and then unconsciously passed the baton to those coming behind when you left school. My older sister used to hang out there with people who felt important to my 11-year-old self just because they were stood there smoking.

With this kind of context it’s no wonder people went into mourning. This was a meeting point, a feeding point, a talking point and a freshening-up point where you could top-up on deodorant with a discreet squirt of Lynx, down the back.

In that sense the Gem was irreplaceable.

Sure any place that could stand there longer than us had to be.