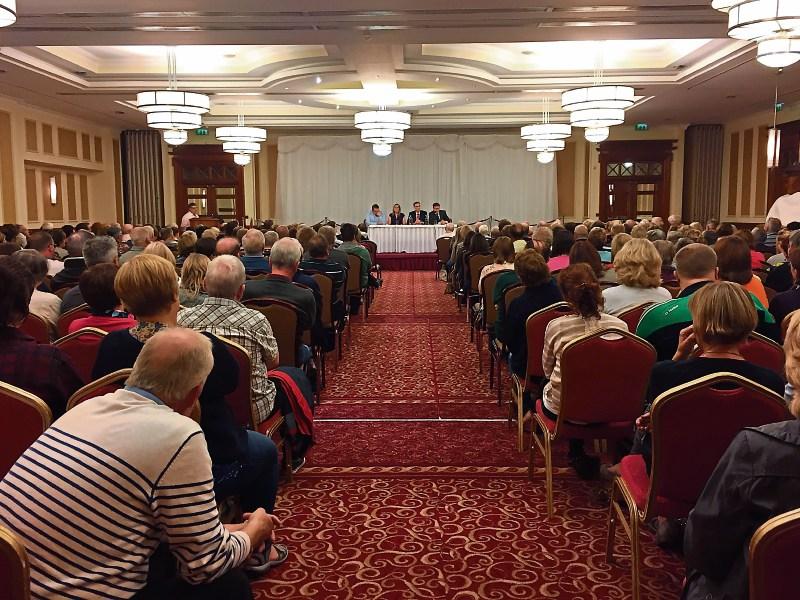 A scene from the public meeting held recently in the Hamlet Court Hotel in Johnstownbridge to discuss the loss of a doctor to the area.

A new doctor has been appointed to Johnstownbridge.

The news was confirmed last night after an applicant for the position accepted the job offer after an interview process over the past few weeks.

There had been concern in the Johnstownbridge and Enfield areas that, due to the retirement of long-serving local GP Dr Pearse Molony, the area, which has grown hugely in the past two decades, would be without adequate medical cover.

And, following a well attended public meeting a month ago, a group was established to lobby for a replacement for Dr Molony.

There had been significant concern in the area when the previous doctor retired and an interim locum service had seen available cover drop from 100 hours down to 18 hours weekly.

“It is a credit to the committee and our lobbying efforts that this public pressure has worked. I want to commend the residents who supported our committee, the people who signed the petition and gave heartfelt testimonials, and to thank retired Dr. Molony for his support.

“Across the country this pattern has repeated when GP’s retired and are not replaced. This was a big concern in Johnstownbridge. We were determined to ensure this did not happen again. I am delighted the residents in North West Kildare will now have full cover once more.

“While the logistics have yet to be worked out I can confirm this will be a full time service restored to the health centre in Johnstownbridge this November.”