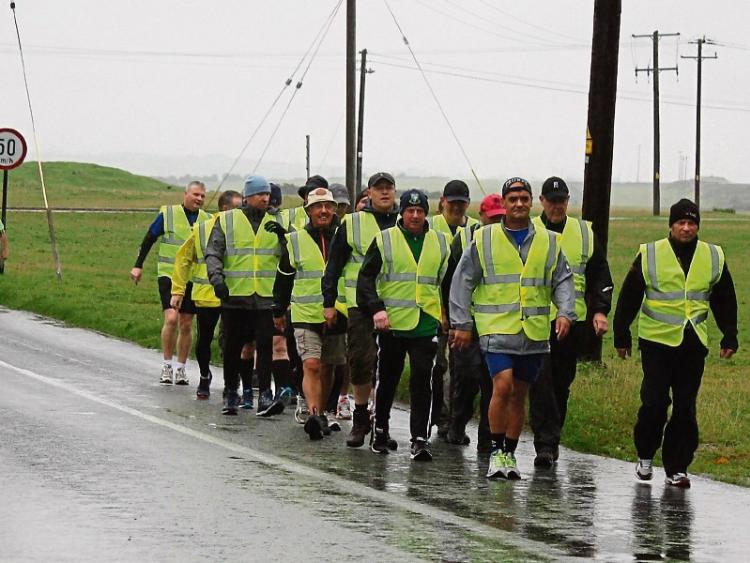 Martin recalled that it was on September 24 1998, 18 years ago, that the National Flag was lowered for the last time and the Gunners of all ranks marched out through the gates of Magee Barracks to redeploy to the DFTC in the Curragh.

“ I can remember that the sun was shining with not a cloud in the sky,” said Martin.

“With the Barracks having been sold this year, this walk gave some people the memory of times past of the comradery that the Barracks brought to anyone that served in or who had family ties to those that served there.”

Fast forward to September 24 last when 21 people turned out for the walk from Magee Barracks to the area of Seskin Field Gun Position, Glen Of Imaal Co. Wicklow a distance of 37 km “As we busied ourselves with our final preparations, the setting off time finally approached, with a steady fall of rain and a gusting wind we set off.”

“Walkers were accompanied by steward, medical, service support groups, escorted by the Garda traffic Corp as far as Brownstown.

The unrelenting rain made for uncomfortable walking conditions but with true Magee Barracks and Artillery determination the Gunners kept rolling along. With great work put in by our stewards and our service support team keeping us fed and watered along the way and right to the end wiht the last of us crossing the line in six hours thirty minutes.”