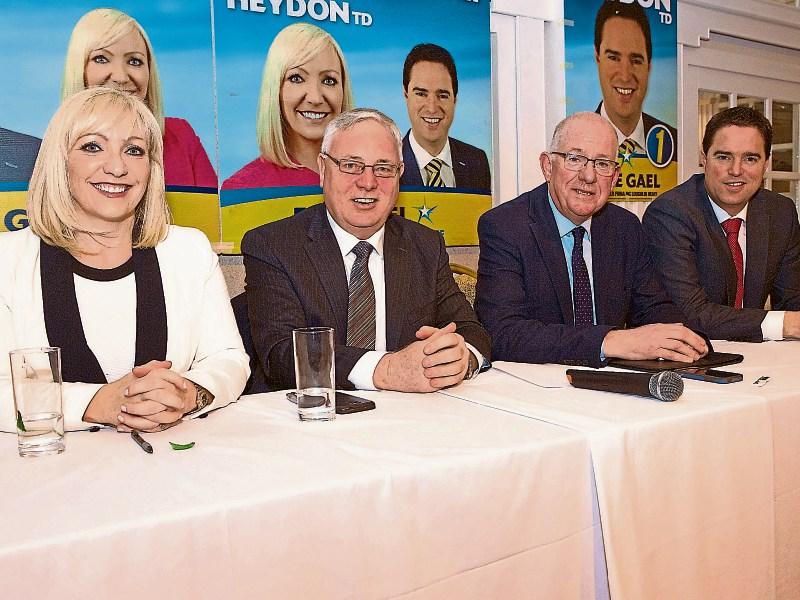 A Newbridge councillor has been suspended from the FG Kildare group after causing “serious damage to the integrity of the party” by tabling a motion of no confidence in fellow party member, former Mayor of Kildare, Brendan Weld.

This was the verdict of the national FG disciplinary committee.

However the six-month suspension will be shelved if Cllr Fiona McLoughlin Healy decides to appeal the decision.

An appeal can be lodged up to six months after date of the decision — October 3.

In response to the development, Cllr McLoughlin Healy said: “It was very disappointing that the former Mayor Brendan Weld did not turn up to the investigation, that and other issues arising on the night of the investigation and since, mean that there is no final outcome yet.”

This is a clear indication that the councillor intends to challenge the outcome of the disciplinary hearing, which was held on September 20.

The suspension, if upheld or unchallenged, would mean Cllr McLoughlin Healy would not be a member of the Fine Gael group within the council and would be effectively an independent councillor during that time.

At the end of the six months, she would then have to apply to the party to have the whip returned. If her appeal was successful, the status quo remains.

The Kildare FG councillors made the complaint against the Cllr McLoughlin Healy to party HQ after the motion of no confidence was tabled.

In advance of the hearing, Cllr McLoughlin Healy said she wanted to “expose the old boys’ club” and the mayor was trying to block her motions from being discussed.

The other FG councillors say this is not the case. Both sides gave their testimony at the formal hearing.

Cllr McLoughlin Healy said a special meeting was organised by the Mayor, who had tried to find ways to prevent her motions from being discussed. She also said her FG colleagues had also refused to second her motions.

She said she had tried to have a meeting with Mayor Weld on several occasions but he refused.

Cllr McLoughlin Healy had also maintained there was a conflict of interest in relation the allocation of the Decade of Commemoration funds to the Bluebells and Buskers festival in Rathangan, which the Mayor had presided over.

Cllr Scully said the meeting in question was organised by the mayor to meet with all the group leaders to streamline meetings because with 40 councillors, there had to be speaking time limits for everyone.

He said there was no effort made to block Cllr McLoughlin Healy’s motions.

In the wake of last week's decision, speaking on a personal note, Cllr Scully welcomed the outcome and reiterated the high regard Mayor Weld was held in and pointed out no one on the council had supported Cllr McLoughlin Healy’s motion of no confidence.