Crofton lets fly at County Board

'It's giving two fingers to all concerned' - manager says about fixtures 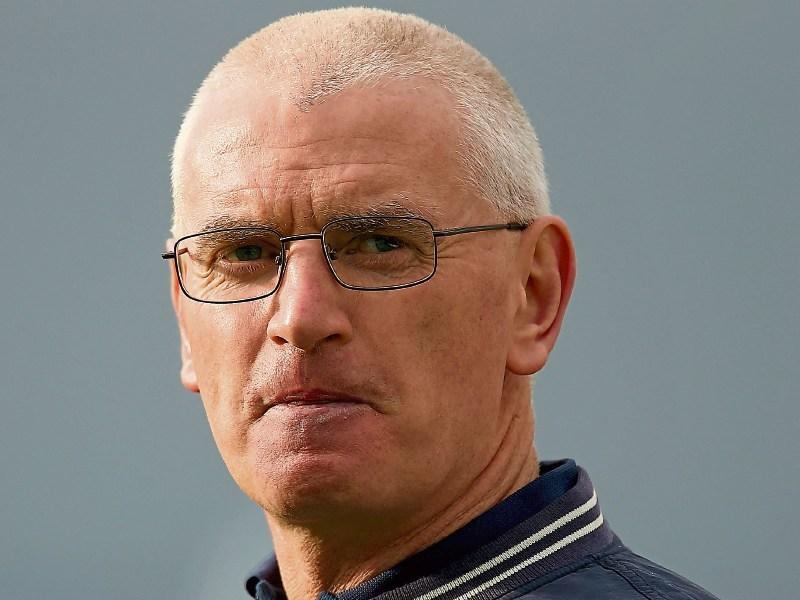 John Crofton has led Sarsfields to a fifth county final in a row and has hit out at Kildare County Board in advance of Sunday's decider against Moorefield.

He takes particular issue with the way in which fixtures are arranged.

When asked what he thought of the standard in the SFC this year, he replied “it was great to see Confey not alone winning the SFL for the first time but also making it to the SFC semi final.”

But what was their reward? he asked.

“Their reward was to play their semi-final at 1 o'clock on a Saturday,” he said, adding, if you wanted to hide a fixture you could not have done a better job and they (the County Board) succeeded because there was a very small attendance.

He added: “We (Sarsfields) were the first team to qualify for the semi final, yet were the last team to play.

“Take last year's final, Sarsfields v Athy, generally regarded as a final of some quality, excitement, close. with all to play for near the end.

"So this year we get a repeat pairing in the quarter-final, what an opportunity to market the game; to promote the game; an opportunity to tell people to come along and see top players such as the Feeleys, Kelly, White, Smith and a lot of other up and coming players; an opportunity to put a game on at a prime time and what do the County Board do? They fix it for 12.45pm on a Saturday in grid locked Newbridge.

“Fixing any game for midday on a Saturday is actually an anti-club fixture, it's an anti-player fixture and is in fact giving two fingers to all concerned, and for what? Money.”

Crofton said that teams playing junior soccer would know (provisionally) weeks in advance when they would be playing.

“The Dublin Co. Board are able to tell clubs weeks before they are playing, and on top of that can also tell them if any issues arise what the secondary fixtures are.”

The highly respected former player and now manager said that these days with so many lads in third level, they are forced to work to pay their way and find it very difficult to get time off.

"We ourselves - and Moorefield are in the same boat - have major problems with lads in the Defence Forces who just can't decide within six or seven days they need to get a day off. Remember we did not get official word until the Monday before we were due to play Confey in the semi final, six days, it's absolutely farcical.”

See the full interview with John Crofton in this week's Leader