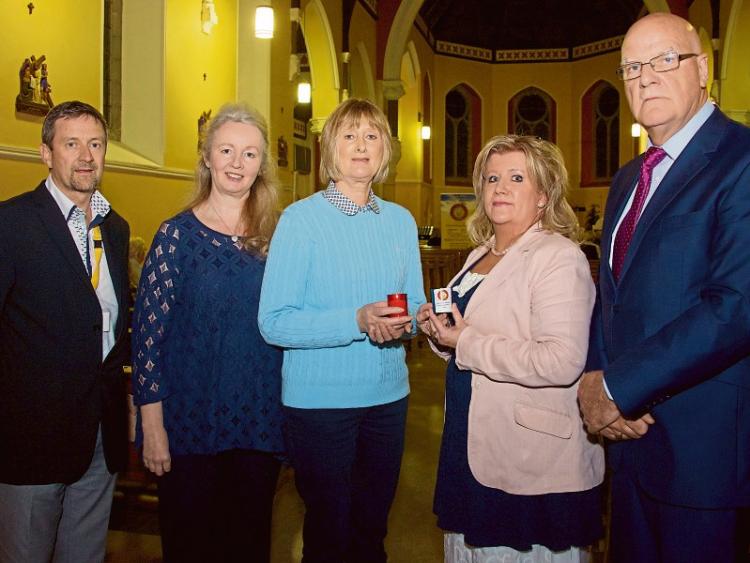 A Kildare based organisation, set up to help people suffering with mental health problems, received 157 calls since March 2014 with 86 per cent referred to councilling services.

The remaining 14 per cent of callers to Hope(D) were directed to other services.

Over 30 people attended the charity’s AGM in Hotel Keadeen, Newbridge on September 20.

Chairperson Jim Brady was delighted to see such a large attendance in comparison to previous years. He pointed out the organisation had taken on an extra councillor and replaced another, who had moved on to another service.

“The organisation never had a supervisor on board and I am glad to report that we also engaged the services of Mr Tony O Neill, in this capacity,” he said.

Mr Brady pointed out the Newbridge based charity receives no government funding and depends totally on voluntary donations and fundraising.

He thanked everyone who fundraised for the organisation including Niall Munelley and Carol Brennan, who organised the Curragh 5k “You Are Not Alone” run; Kathleen Conlon, who had her hair shaved off in memory of her late son Ben, who was lost to suicide; the Railway Arms golf society and a group of people in Kilgown just outside Kilcullen who completed a parashoot jump.

“The very public disclosure of events that unfolded in Console is a prime example, that charities in this country need to be monitored, regulated, and inspected annually. We recently received communication from the regulator to present annual returns and provide other documentation. We look forward to working with this body and any guidance and assistance we receive we will implement,” he said.

“I hold the view that there is a two-tier system of charities in this country. Ones which have CEOs and staff drawing down very attractive salaries, while on the other end of the scale there are charities like us, which operate on the ethos of volunteering — I hasten to add volunteering has its limits,” he said.

He pointed out Hope(D) is supported by the CE schemes, which allow it to man the phones 9am to 4.30pm each day.

In addition to counselling, a room was converted to facilitate holistic services such as Reflexology and Reiki.

Meanwhile, the schools art competition results will be announced shortly and winners notified.

Mr Brady would like any body that has signed up to the Vodafone/Hope-d fundraiser in recent years to make contact with him so the records can be updated by emailing contacthoped@gmail.com