'A few gougers think it's okay to drink, throw bottles and damage equipment'

Call for CCTV at Monread playground 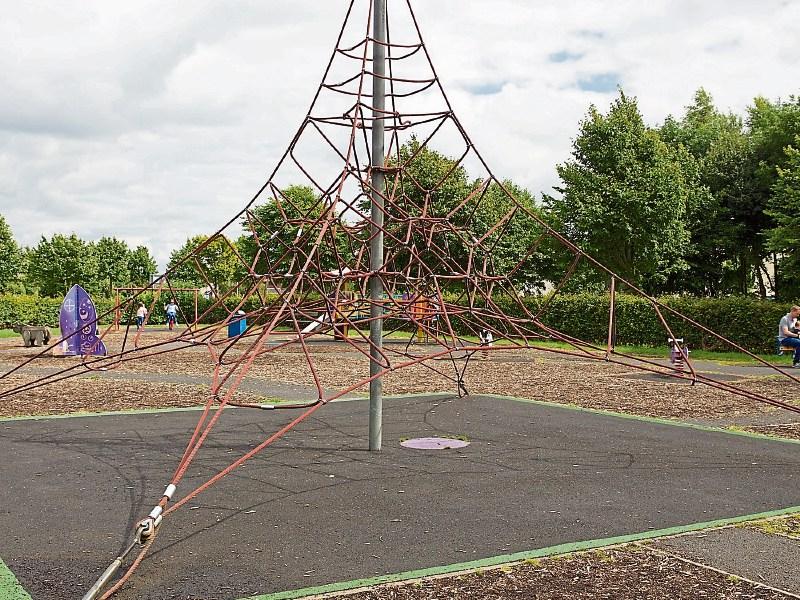 Pressure for a CCTV system to be installed at Monread Park, Naas, is being resisted.

Cllr Darren Scully, who lives in the Monread area, said action must be taken “against a few gougers who think it’s okay to drink, throw bottles and damage equipment.”

Cllr Scully told a Naas Municipal District meeting that he has received complaints from “a lot of people”.

He said security devices should also be installed. He also said that new play equipment and outdoor gym equipment is needed in the playground

“It needs an upgrade. We should allocate a substantial amount of money.”

He recalled that hedges had been cleared away in the park because of anti-social behaviour and “we need to do it again.”

He also claimed that the “general upkeep” of the park is not as good as it used to be when Naas Town Council existed.

According to Kildare County Council CCTV is not necessarily useful in tackling anti-social behaviour.

“Our experience is that CCTV does not solve or reduce anti-social behaviour. The ability to capture images of individuals is difficult without monitoring and sufficient staff resources being available to review footage,” said KCC official Ken Kavanagh.

Instead he suggested that “passive surveillance” in the playground is needed.

Mr Kavanagh also said that improvement works in Naas will not be possible until playgrounds in Sallins, Caragh and Eadestown are completed “unless the councillors indicate they wish to alter the priority of these.”

He said KCC favours the passive surveillance of these areas though he said this would be helped by the removal of the perimeter in the short term.

In the longer term he said the location of the playground needs to be considered to provide greater passive surveillance. He also said a higher perimeter fence, which could be locked, could be considered.

Cllr Seamie Moore said that KCC has no procedures in place to manage the playground or the park “after a certain time” and he claimed that problems there are not being prioritised by the gardai.

He said there is an apparent need for some kind of service to be provided on an out-of-hours basis by the community wardens.

He added: “This is a problem not just on the in the public areas and on streets but at other locations around Naas, including taxi ranks".

He added that many of those associated with these claims are non-nationals.

Cllr Moore said some are sleeping rough and when the gardai are summoned they move away only to return later.

As a result, he claimed, people who might otherwise use public areas are less inclined to do so now.