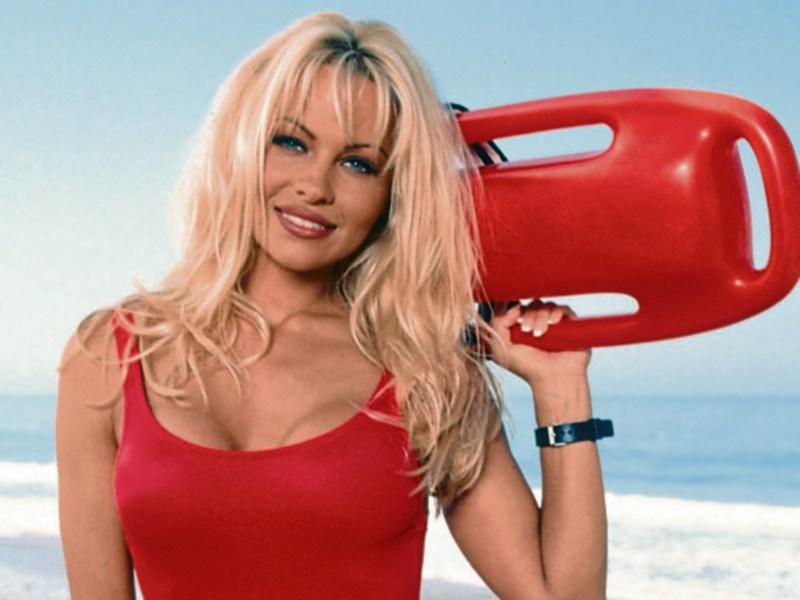 Pamela Anderson: hugely popular in 1994 - fatally so for our internet education at the time

There have been some interesting features on broadband in the paper recently. This is a topical issue, especially for those who don't have it.

We the teeming masses of Kildare’s larger towns have possibly got to the stage where we take broadband for granted. And it’s perhaps in that context that I offer these cautionary words.

I am aware somebody in an outlying townsland of Timahoe could be reading (in the paper, certainly not online) through a blood pressure spike, thinking: “it’s okay for you in Naas saying this, but I’m still watching DVDs here, and reading the odd magazine! I may as well be living in 1994.”

The overall point that follows is that, in some ways, 1994 wasn’t all that bad.

That was the year I first encountered the internet. A progressive teacher called an assembly and said there was no use in us leaving the education system equipped with skills for the 20th century. We needed to be ready for the 21st century! And that meant IT know-how.

So we were all sent home with a letter asking the parents to throw in a few punts to help the school future-proof their kids. In time, the computer room got a few new PCs and a modem.

One day we gathered around one of those PCs. After a lot of screen hanging, something called a webpage appeared.

“We’re surfing the net,” said one lad. Cheers all round. A giant leap for schoolboy kind. And our excitement was about to reach another crescendo.

The teacher had to step out of the room. So one of the more technically adept kids nudged his way closer to the PC with the promise of “Pamela Anderson naked on that screen”.

That was in the (slow, around 15-kilobytes-a-second) process of happening when back into the room comes the teacher.

From then on computer class went back to writing a letter in whatever passed for Word then.

I’m not sure it did us any major ill. There would be plenty of time yet to waste online. And then there would be broadband...

Since getting a decent service in 2009 (I lived abroad then), I have frittered away at least one of the intervening years on a combination of clickbait and YouTube wormholes.

One recent example. I did a YouTube search for Dele Alli’s goal. If you need a further explanation, you need to watch a more football. After watching his goal half a dozen times, I clicked onto a compilation of his lesser but still excellent goals.

Then I got diverted to a him hijacking an interview with Eric Dier. After that I saw the clip where Dier hijacked Alli’s interview in return. Some time later I really appreciated the depth of the bromance between Alli and Dier, because I was looking at footage one of them had filmed on their phones… of the pair shopping.

Now, they seem like a couple of nice lads, but are no way interesting enough to watch walking around a menswear section in Stratford.

But this is the dark corners of the net to which YouTube takes you.

I’m a middle aged man with a busy job and two young kids. I barely have time to peel the potatoes before boiling them, yet somehow I had managed to spend the one free hour I have before bed looking at this nonsense.

This kind of thing - I’m not proud to say - happens a fair bit.

Rather than reach for a book, like I would have once done, I grab the iPad and the headphones and next thing I’m learning how to cycle on the pavé of northern France, when I can barely make it out to bounce my way over the potholes of Eadestown.

Then there is Netflix. Let me tell you this rural brothers and sisters: there is a lot of fine stuff on Netflix, but there is a far greater amount of muck. Sometimes it’s hard to find the former without wading through the latter.

I’m watching Friday Night Lights now, because it's inspired by one of the greatest sports books of all (familiar to me from when I used to read). So I looked at Ep1. It was okay, and by the time Ep1 was over the combination of mobile phone and Chromecast was lining up Ep2. I went to bed having watched four episodes.

The show isn’t at all bad, but is essentially a high school drama and while I’m not the most high-brow customer, I’m past all of that by now. So I felt no great compulsion to keep going. Except that each episode is only around 40 minutes, and with only 12 episodes in the series (there are always 12 in a series) it wouldn’t be long before I could find out what happened and move on to something better. I’ve since discovered that there are far more than 12 episodes.

But you’ve probably heard of ‘sunk cost fallacy’ — the tendency to throw good money after bad because you made an investment and you’re going to keep going until it reaches fruition ... Well, that happens a lot.

A few months back when I was off work with the chicken pox. I managed to binge watch Power and Ashton Kutcher’s The Ranch.

They were truly appalling, but I kept going, the itchy, spotty wretch that I was. The only thing more zombie-fying than the Solpadeine was the Netflix.

And now medics tell us that sitting on the couch for hours at a time viewing all of this stuff can kill us.

Maybe we were better off when we had to wait until next week for another episode of Only Fools and Horses.

Yeah, I hear you. But I do suggest that getting a fibre-optic cable into your home will not mean farewell to the M7 or M4. Those roads are full of people who have broadband, but the boss still wants them at the desk - where they can be seen. Also, lots of workplaces benefit from having everybody together, rather than sitting 40 miles apart in tracksuit pants and curry sauce-stained t-shirts.

In seriousness, though, I do see the necessity of having broadband for setting up rural-based businesses. This can potentially revitalise a lot of areas.

Yet, overall, I’d say to those of you still living in 1994, be careful what you wish for. You might just get it and all that comes with it.

When you do, heed this advice. Do not watch The Ranch, it is the least funny comedy you will ever see, and that’s coming from somebody who sat through two episodes of Channels 4’s London Irish — a show so poor it’s not even on Netflix.

I could also advise you to steer clear of the Pamela Anderson videos of the present day too, but judging by the stats of what people most click on, that advice would be as ignored now as it was in 94.