Swapping my house for the Bauhaus every Sunday 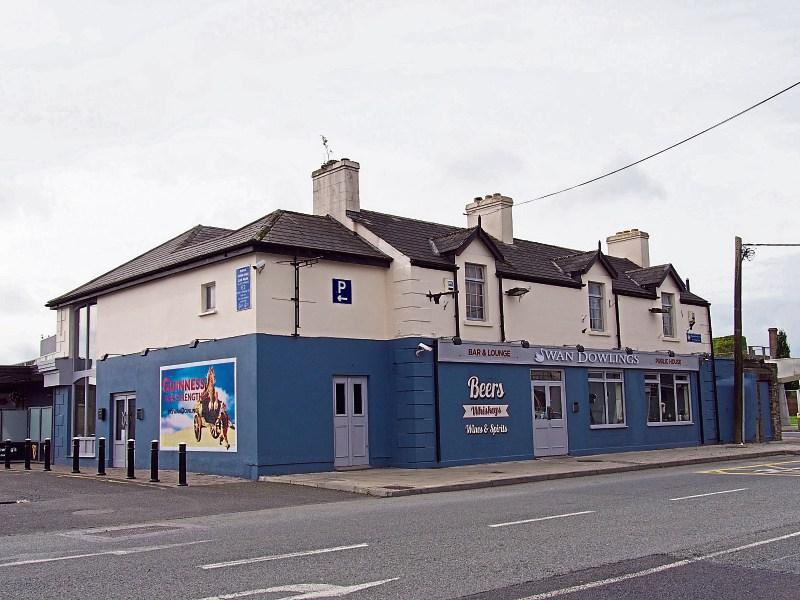 Swan Dowling's in Naas, where the Bauhaus once stood

It was the mid 90s and people used to leave the pub early to try and beat the queue into the Bauhaus.

It was like a boozy migration down Basin Street that spilled out onto the Newbridge Road.

I was only asked for ID once. On my first visit in 1995. And I’d only ever seen the occasional action shot of the sunken dance floor with that Mart-like rail around the perimeter.

It was perfect for leaning on and, judging by the photos, leering from.

The texture of the place was vodka and Red Bull, One More Time by Daft Punk and a playlist that could start with Bewitched and finish with a belt of the National Anthem.

I don’t mean to sound unpatriotic here, but I never felt any great pride when our national salute was spun.

Not against this backdrop.

I was just left disorientated by the no-warning explosion of lights, the scratching sound of a record needle, empty glasses everywhere and the size of the queue for the jackets — your last chance to pull depending on where you positioned yourself.

And if you ever put down a Sunday night in the Bauhaus then magnify the shock value of the anthem’s arrival by 1,000.

It was the final salute, the Last Post and your stomach fizzed with dread not Red Bull.

And you’d always bump into some p**** who had the Monday off; wasn't on in Donnelly's or that bank on the Blessington Road until the afternoon.

It was like they’d taken the trouble to come out just to tell you that.

At the same time there was magic in those Sundays.

The erosion of my resolve not to go always started at about six in the evening and experience was always heightened by the feeling I shouldn’t be there. It was rapidly lowered by the promise on the walk home that I wouldn’t be there again.

The bar work was something to marvel at too. It was like there was a bleep test going on between the till and the taps.

And if there was a customer service mantra it was ‘tell me what you want, and tell me quick.’ not ‘how can I help?’

It felt like you were being issued with a warning every time you made an order. This was a serious transaction and you had to be ready with your speak.

Then there was the famous Bauhaus lap, triggered by the arrival of the slow set.

The change of pace that followed the record change got you into the starting blocks and people took off like they’d lost something.

Or they carried the appearance of someone looking for directions to somewhere. Most laps ended back at the bar.

Thinking back now, you wouldn’t miss them. But at the same time the occasional lap ended perfectly.

When you put down a lot of nights in the same place — and I know some who regularly put down the Thursday to Sunday shift — they can blend into one.

But I remember meeting Paul McGrath there. And Niall Quinn. And Mick Kinane after a successful day at the Curragh that finished with him bearing witness to a spectacular dance off by the bar.

Fatigue started to set in in the early to mid 2000s after too much use diminished the charms of the place.

But there was a long lament when news broke that the Bauhaus was to close.

I don’t remember the last night. It was almost certainly like every other. You would have been disappointed if it wasn’t.

And then a couple of years later it was back again, out of nowhere, but for a limited period. It was like when a band gets back together. Not for the money but because the people, their public demand it.

Only this wasn’t The Stone Roses. It was Bewitched, again, and the Anthem again but by now it really was One Last Time, by Daft Punk on the dance floor.

Robert Mulhern is contracted to RTE's Doc On One programme