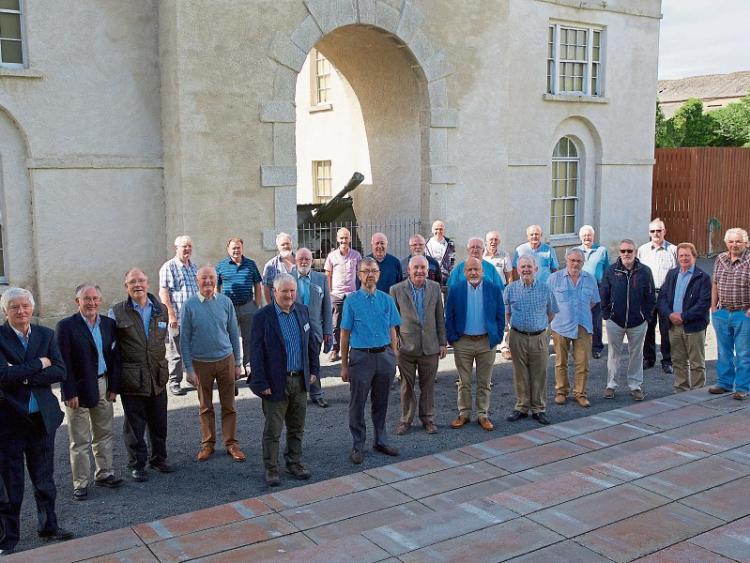 The group became apprentices 50 years ago

Old soldiers never die; they just fade away. Or so said US Army General Douglas McArthur.

And so it is that every year former members of the Defence Forces, who entered as apprentices and left with a trade, regroup in Naas.

The Army Apprentice School existed for 32 years on the outskirts of the town roughly where Aras Chill Dara is now situated.

Each group of apprentices was known as a platoon and the No 11 Platoon celebrated their arrival at the School 50 years ago. Three years later, in 1969, they left for various units of the Army, Air Corps and Na val Service.

They reunited at the Osprey Hotel this month to celebrate the 50th anniversatry and they included County Kilkenny native Piery Holden, who lives at Sarto Park, Naas.

There were 48 apprentices in the class.

All all but one qualified and more than half of them attended the reunion event, which included a function in Lawlor’s Hotel and a visit to the site of the barracks.

Another Naas resident Joe Evans from Tinahely, Co Wicklow, was involved in organising the reunion in 2015.

Many of the apprentices subsequently left the Defence forces and some moved all over the country and abroad, including one to Canada. some hadn’t met since leaving Naas.