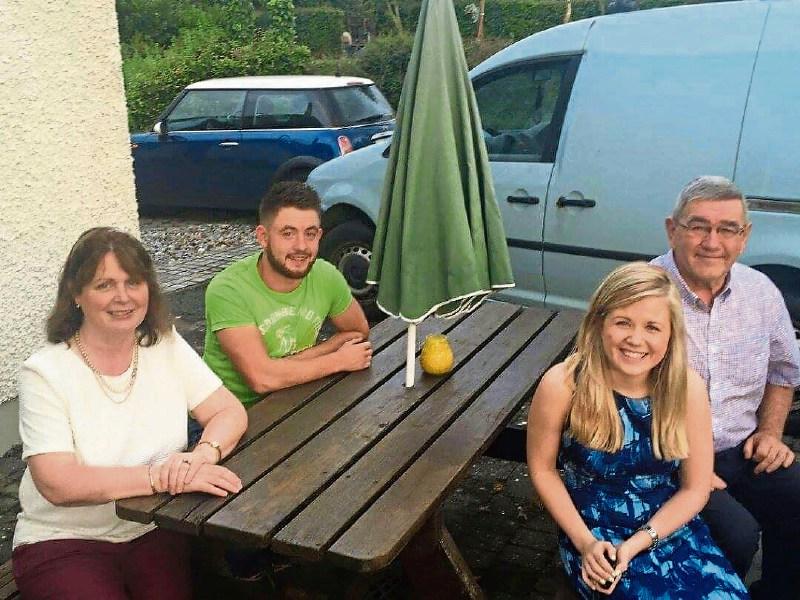 The late Paddy with his wife Bernie, daughter Alice and son Edward.

A north-west Kildare family is set to attempt a world record for the greatest number of siblings ploughing simultaneously this coming Sunday, October 2.

A total of 15 Holton siblings will be in Kilglass, Broadford at 1pm where the event will be hosted by the Shamrock Car and Machinery Club.

The event is being run in memory of Paddy Holton another sibling who passed away in 2015.

Born in 1954, Paddy was one of 17 children born to Willie and Eilish of Cloona, Enfield.

Incidentally one of his nieces is Aisling Holton, the captain of the victorious Kildare ladies football team.

Paddy was always interested in farm machinery such as tractors and threshers.

He got married in 1985 to Bernie and they had two children, Alice and Edward.

As a person, Paddy always had time for a chat and loved to help others with board of management committees, the local cemetery committee and St Vincent De Paul.

A keen mechanic, he was often fixing tractors, cars and other machines. Sundays involved outings to tractor runs, ploughing competitions and vintage shows both near and far, where he made many friends.

When Paddy was diagnosed with brain cancer in 2015, he was in the process of restoring a Ford 3600 Vintage tractor. He wanted to organise a ploughing event to fundraise for brain tumours and the ward in Beaumont that cared for him.

“Our motivation is to raise funds for brain cancer research and for St. Clare’s Ward Beaumont in remembrance of Paddy,” the Holton family explained.

“From the family’s experience, brain cancer research has had very little advancement over the past 30 years. Paddy’s father Willie died in 1988 from the same cancer, glioblastoma, aged 61, and from diagnosis to his death he only survived 10 months.

“Paddy was also 61 when he passed away and only survived the same length of time. Our hope was that the advancements and survival rate of other cancers had transferred to brain cancer — sadly this was not the case.”

Brain tumours are the biggest cancer killer of children and adults under 40. They reduce life expectancy by, on average, 20 years – the highest of any cancer.

All funds raised will go to Brain Tumour Ireland and the Ross Nugent Foundation.