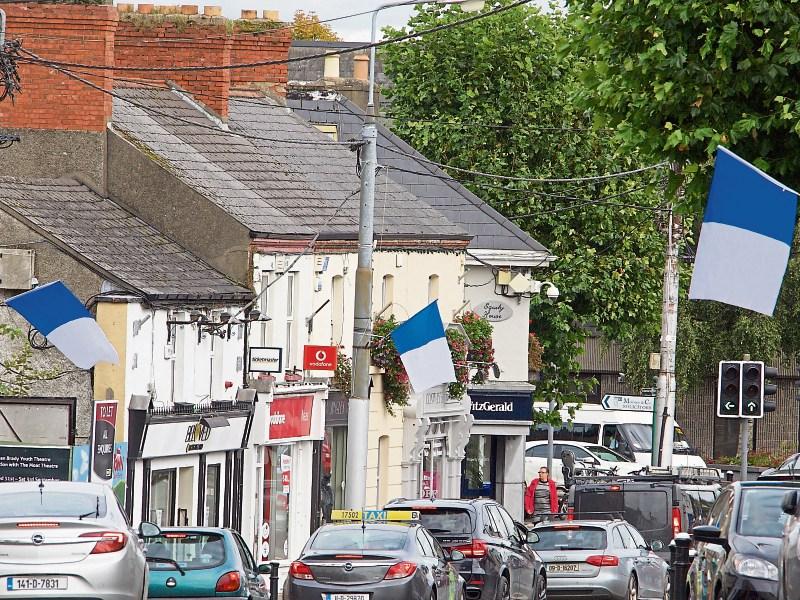 The Main Street has been bedecked in blue and white

Naas is awash with the blue and white of its GAA club ahead of a huge weekend for the local hurlers.

The club is something of hurling stronghold within the county but to get to four competition finals is remarkable.

The senior side are in the SHC final on Sunday against Celbridge at Newbridge (3.30pm), preceded by the minor (under 18) team who will also play Celbridge — this game throws in at 1.30pm.

On Saturday, the intermediate team play Maynooth in the final (1.30pm).

That game is preceded by the a minor B final between Naas and St Columba.